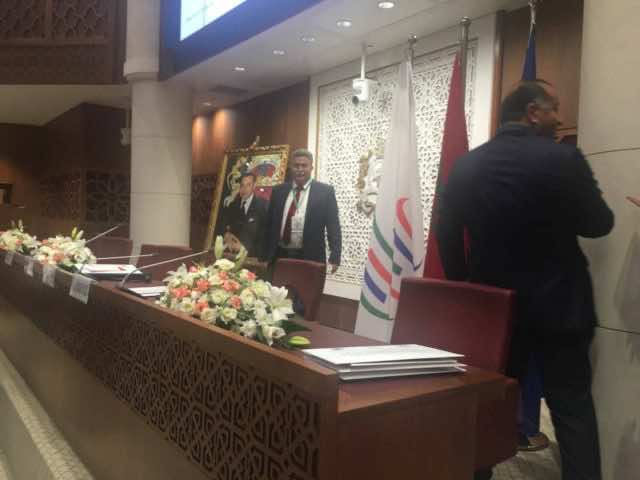 On Sunday, Peretz’s presence outraged a group of Moroccan members of the House of Councilors, who called him as “war criminal.”

The next day, Peretz headed an Israeli delegation to the Parliamentary Assembly of the Mediterranean (PAM) meeting taking place in Rabat, where he fired back at his attackers.

According to a copy of the speech obtained by Morocco World News, he responded to criticism and claimed he was working for peace in the Middle East.

“Yesterday I found myself under attack by extremist activists who came to protest against my participation,” Peretz said.

“This event makes it clear how important are meetings such as this one, because in the absence of political solutions, economic cooperation becomes even more important.”

The Bejaad-born Israeli politician also spoke of his Moroccan origins. “I was born in Morocco, immigrated to Israel with my family, was raised in Israel and served as an officer in the Israeli army, where I was severely wounded,” he said.

“Since I left the hospital bed, I fight for peace in our region,” he claimed. Peretz promised he would do “everything” to bring peace to the region and stand by pro-peace proponents.

“I belong to the peace camp who believes in a solution of two states for two peoples and which supports the establishment of a Palestinian state alongside the state of Israel.”

Peretz’s talk about peace seems unlikely to convince his opponents.  The former Labor Party leader has previously received strong opposition from Moroccan pro-Palestinian groups. In 2006, a group of Moroccan lawyers and activists – including prominent Moroccan Jews like Sion Assidon and the late Abaraham Serfaty – sued Peretz in a Rabat court, accusing him of committing war crimes during the Israeli air campaign against Lebanon in the same year.