Rabat - Conflicting media reports have emerged about whether Mohamed Ould Bouamatou, a Mauritanian businessman and political opposition figure, has truly been expelled from Morocco after six years of exile. 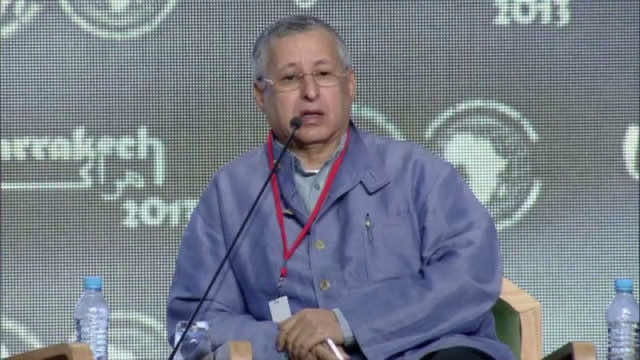 Rabat – Conflicting media reports have emerged about whether Mohamed Ould Bouamatou, a Mauritanian businessman and political opposition figure, has truly been expelled from Morocco after six years of exile.

Bouamatou’s presence on Moroccan soil has been considered one of the main reasons that relations between Rabat and Nouakchott are still cold, in addition to what Morocco sees as a rapprochement between Mauritania and the Algeria-backed Polisario Front.

The rumor of Bouamatou’s expulsion made the headlines of media outlets in Morocco and Mauritania. First reported by Mauritanian news websites and relayed by Moroccan ones, the news claimed that Rabat expelled the Bouamatou to improve relations with Mauritania.

According to diplomats cited by news sources from both countries, Moroccan authorities had informed Bouamatou that he is no longer welcome to stay in the kingdom.

However, the Mauritanian newspaper Al Qalam, said to have close ties with the exiled businessman, refuted the “rumor” and asserted that Bouamatou still lives in Marrakech, where he settled down after his relationship with President Abdelaziz turned sour in 2011.

The Mauritanian businessman’s name resurfaced in September, after media reports claimed that Mauritania had rejected Moroccan ambassador Hamid Chabar, who was appointed by King Mohammed VI in June, as a reaction to Morocco’s continuous harboring of Bouamatou.

The Mauritanian government spokesperson Mohamed Lemine Ould Cheikh subsequently denied that his country rejected Chabar, saying that the process of his accreditation is following its normal course.

The news that Chabar’s appointment was being approved by local authorities was taken as proof by many media outlets that Bouamatou had been expelled.

The coming days might clear up the ambiguity surrounding the incident and might probably give more clues about the direction to which relations between Morocco and Mauritania are heading to see whether they will manage to overcome obstacles or whether the existing tension will prevail.