Rabat - Omar Hilale, Morocco's ambassador to the United Nations, has said that there is no room for a referendum in Western Sahara, as this option has long been “buried.” 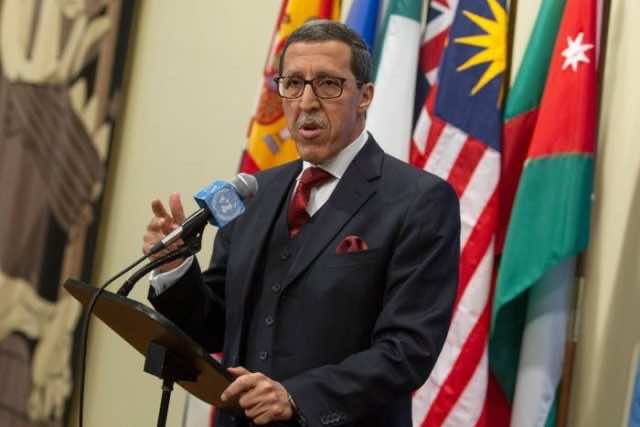 Rabat – Omar Hilale, Morocco’s ambassador to the United Nations, has said that there is no room for a referendum in Western Sahara, as this option has long been “buried.”

Speaking in a meeting by the General Assembly’s Fourth Committee, Hilale noted that this assessment had made previously by the former UN Secretary General Kofi Annan, in a 2000 report concluding that the referendum was not “applicable.”

He added that the UN Security Council excluded has this option for 17 years, advocating instead for a negotiated and mutually-acceptable political solution.

Morocco, he suggested, remains committed to the resolution of the conflict through a political process.

The Moroccan permanent representative insisted that achieving this political solution can only be based on “realism,” “compromise,” and the preeminence of Morocco’s Autonomy Plan. Other parties involved in the conflict, especially Algeria, should be asked to make similar contributions to reach a solution to the issue, Hilale suggested.

Hilale also reiterated Morocco’s position that the issue of Western Sahara should be taken off the agenda of the Fourth Committee, which deals with decolonization.

The ambassador stressed that the decolonization process of Western Sahara ended in 1975, when Spain abdicated control of the region and Morocco regained it.

Hilale once again called for the Security Council alone to be in charge the issue, according to the UN Charter.

This article led the General Assembly to relinquish dozens of issues in the 1950s and 1960s, which allowed the Security Council to exercise its responsibilities without interference from the former, Hilale recalled.