Rabat - Morocco's ambassador to the United Nations said that the issue of Western Sahara should cease to be on the agenda of the UN's Decolonization Committee (4th Committee).

Rabat – Morocco’s ambassador to the United Nations said that the issue of Western Sahara should cease to be on the agenda of the UN’s Decolonization Committee (4th Committee).

Speaking during the Committee’s meeting on Monday during which the question of Western Sahara was examined, Omar Hilale said that the issue should no longer remain on the Committee’s agenda because it goes against the UN’s charter.

The Moroccan representative suggested that the issue of Western Sahara should have ceased to be on the Committee’s agenda since 1988, when the UN Security Council took over in dealing with this question.

Hilale pointed to paragraph 1, article 12 of the UN’s charter. The paragraph says that “While the Security Council is exercising in respect of any dispute or situation the functions assigned to it in the present Charter, the General Assembly shall not make any recommendation with regard to that dispute or situation unless the Security Council so requests.”

The continuous examination of the issue of Western Sahara by the 4th Committee was described by Hilale as a clear violation of article 12, adding that the UN’s credibility will be at stake and its efforts to solve this regional conflict will be question if this situation continues.

Hilale reiterated Morocco’s position which is that Western Sahara is historically part of Moroccan territories and that the kingdom regained the region following Madrid’s accords in 1975. The agreement in question was submitted to the UN Secretary General on November 18, 1975 and was recognized Assembly resolution 3458 B on 10 December 1975.

It was Morocco who introduced the issue of Western Sahara to the UN, Hilale reminded the 4th Committee. When the kingdom regained its territory, the question was to be going withdrawn from the organization’s agenda. However, that could not have been possible because of Algeria’s intervention in the issue. Algiers, as the ambassador noted, has had ambitions of hegemony over North Africa coupled with an ideology that could not shake off position that date back to the cold war era.

Hilale accused Algeria of seeking to undermine the kingdom’s territorial integrity and using the principle of self-determination as a pretext to do so. Self-determination, the ambassador continued, has never been associated in the UN with with separatism, secessionism or partition of states. Otherwise, the UN would have been more than 300 countries as state members and a bigger number of countries with which Morocco share borders. 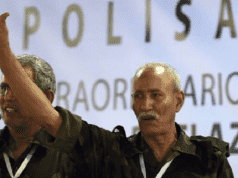 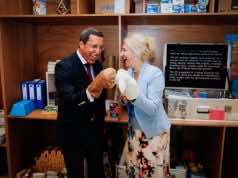