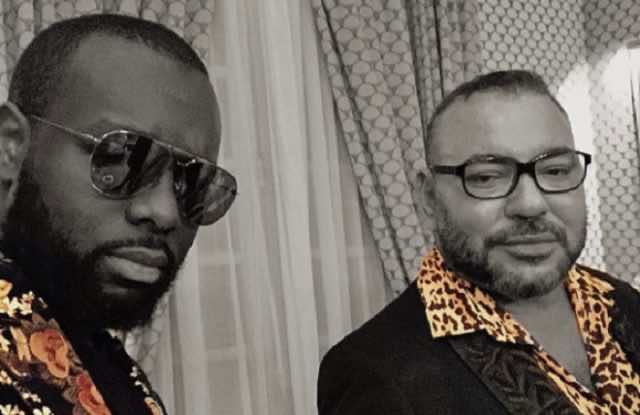 Gims, who took part on Saturday in the annual Concert pour la tolérance in the Moroccan beach city of Agadir, told le360.ma that King Mohammed VI has become a “friend”.

“The King of Morocco has become a friend, someone who is close to me, someone who helped me a lot and who has presented Morocco to me in a different angle”, he said.

“He showed med that I’m most welcome here. We met several times. He calls me often. He’s someone I’d like to honor”, explained the French singer.

Gims expressed his admiration for the Moroccan culture, adding that the music scene is booming, whether we talk about Rap, Rai or other musical genres.

An habitué of Morocco, where he has a large fan base, Gims has been pictured several times wearing Moroccan clothes.

On several occasions he shared pictures on social media with King Mohammed VI along with the comment “3acha Al Malik” (long live the King).

The monarch is known for his good relationship with several celebrities from the world of music, cinema or sports. The list includes famous French Moroccan actor and stand up comedia Jamel Debbouze, Moroccan music producer RedOne and French Judo world champion Teddy Riner.