Rabat - Last week, a panel of local and government officials in Ouarzazate convened to discuss ways to develop the region, whose marginalization hampers its enormous tourism potentials. 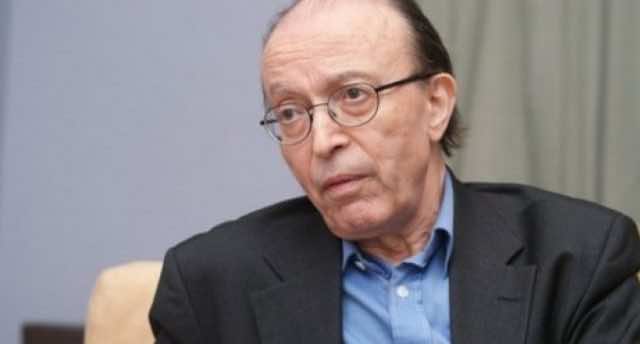 Rabat – Last week, a panel of local and government officials in Ouarzazate convened to discuss ways to develop the region, whose marginalization hampers its enormous tourism potentials.

Cinema, for which Ouarzazate has become famous for thanks of a long list of international productions filmed in the region, was at the heart of the discussion.  The sector is facing challenges due the continued underdevelopment of the area and pressure from foreign competitors.

In an interview with Morocco World News, Noureddine Sail, the president of Ouarzazate Film Commission, a body in charge of promoting the film industry in the region, talks about those challenges and how to better address them.

Is Ouarzazate still the favorite destination for foreign film productions? How is the situation in recent years: stable, in progress, or in recession?

Noureddine Sail: It’s still a favorite destination for international film productions, it’s just that now there many competitors in Africa and the Arab world because, unlike Morocco, they grant these productions incentives. When I was head of the Centre Cinématographique Marocain (CCM), we suggested that Morocco should also provide them, but the government wasn’t willing to so at the time. I’m talking about 2011, 2012, and 2013.

Today the government’s stance has changed, which is good. Now we’re in the phase of implementing the laws related to these incentives. These laws will help Morocco regain its position vis-à-vis those competitors. Because if those countries managed to snatch some producers with incentives like these, tomorrow when Morocco offers the same advantages, it’ll reassume its natural place as film destination, because there has been a trend among international producers to come here, of course depending on the scenarios of their films.

Ouarzazate is the centerpoint of foreign film productions in Morocco. Traditionally, it received around the half of the total productions that come to Morocco. I think it’s still the case today.

What are the main problems facing the cinema industry in Ouarzazate?

Noureddine Sail: The problems that hinder film production in Ouarzazate aren’t related to cinema as much as they’re related to the region itself.

The region is isolated. There aren’t enough roads to get here. There aren’t enough airline flights. This isolation creates problems. Some international producers come here only because they feel they’re compelled to. They say there’s no place where they can film better that this one. We can say that the region of Ouarzazate is like an open studio. But once the issues of transportation put pressure on producers, many of them look elsewhere.

These places are more accessible. People now go to Jordan or South Africa. There are many options.

A producer once told me that it’s easier for them to go from London to Cape Town in South Africa that to come to Casablanca, and maybe wait from the morning until night to get a plane to come here and probably stay several nights before they could go back.

This issue poses a problem. Another problem, which I insisted on a lot, is the issue of the health system. If there aren’t enough efficient and modern hospitals and clinics, people get scared. Because if something happens during the shooting, like when someone gets injured, what happens here is that they have to be taken immediately by helicopter to Casablanca.

Generally, what an international producer wants is that everything necessary is there hand so that he can concentrate only on shooting. That’s the fundamental thing we should ensure.

I think that today, from what we saw in this meeting, is that there is a strong awareness among officials, elected representatives, and the people of Ouarzazate that this isolation must come to an end. I have been coming here for a long time, but I have never sensed as much of a strong consciousness as today. People want these problems to be solved for good. I hope that they’ll be solved indeed.

The Marrakech International Film Festival was an important platform for the marketing of Ouarzazate as a film destinations. Meetings with foreign producers, filmmakers and cinema reporters used to be organized for that purpose. But, since this year’s edition was cancelled, won’t that affect film activity in Ouarzazate?

Noureddine Sail: For sure that when a gathering that had become regular is cancelled this ultimately means that something will be missing because of that. We won’t be able to arrange for meetings with people that were going to come. Still, there are similar encounters that take place in Morocco. It’s true they’re not at the level of the Marrakech Film Festival, but they exist anyway. There’re also contacts between CCM and the film productions that come to build relationships. And there are the connections that the Ouarzazate Film Commission has.

We have good relations with film producers from around the world, including countries such as India and China. Today we have a lot of interest in China. And there’s of course the US and Europe. Our connections are an investment. They’re our capital. We’re building up this capital with each passing year.

Everytime we make an announcement we get immediate positive reactions. You can’t imagine how much feedback we received when we announced this new incentives policy. For me, each piece of feedback means a potential customer.

Morocco has also another very important capital. During the last 15 or 20 years, Morocco built up a good image that we have to preserve. People abroad, producers in particular, know that. They’re aware that in Ouarzazate, and Morocco in general, there aren’t only beautiful landscapes or fairly good technicians, but also that it’s a stable country that has an authentic culture and civilization. We shouldn’t waste this capital, and we should convince people that it’s still there. This is one of the things that we in the Ouarzazate Film Commission do throughout the year.

What producers come here mostly to film? Is it feature films, television shows, or documentaries? And besides Americans, what other nationalities do these producers represent?

Noureddine Sail: To date, the top productions come from the US are mostly feature films, followed by television shows. There are also major productions from the UK. Less comes from the rest of Europe. Today, we’re interested in countries with huge production in which we hadn’t been interested before such as China and India.

These two are at the top of our priorities. Hopefully soon the contacts we’re building with them will lead to very fruitful results.