Rabat - Following the tragic stampede that killed 15 outside of Essaouira on Sunday,  an Interior Ministry general inspection commission held meetings with local authorities of the province of Essaouira to determine the circumstances of the deadly incident. 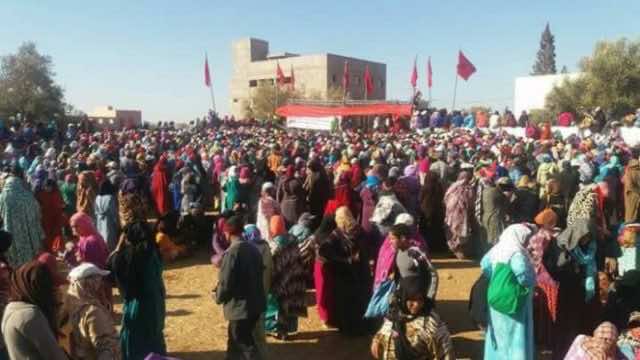 Rabat – Following the tragic stampede that killed 15 outside of Essaouira on Sunday,  an Interior Ministry general inspection commission held meetings with local authorities of the province of Essaouira to determine the circumstances of the deadly incident.

The meetings also aim to review, audit, and evaluate all the measures adopted and to detect any possible dysfunctions in order to establish who was responsible, said the ministry in a statement.

The deadly stampede, which occurred in a weekly souk in the commune of Sidi Boulalam in the Essaouira province while a charity was distributing food, resulted in the death of 15 people, many of whom are women. According to the newspaper Assabah, a four month old was killed.

The tragedy caused the injury of at least 40 people,  with some in critical condition. Local witnesses told Assabah that there were two rape attempts during the stampede.

According to the Moroccan daily Akhbar Al Yaoum, the humanitarian association is owned by Abdelkadir El Hadidi, an Casablanca-based imam in Casablanca originally from the Essaouira province.

The association has been carrying out this operation every year, bringing people from all over the region to benefit from the food aid, added the newspaper.

Assabah reported that previous efforts to hand out food also experienced management obstacles, but they were often easily solved without damages or injuries.

“But this time, things were different due to the arrival of citizens from different surrounding provinces, including Chichaoua and Asfy and others, which made the situation difficult to control,” explained the daily.

The incident has shocked the Moroccan public. In response, the ministry announced that “the public will be updated with all conclusions and measures taken, in accordance with the investigations carried out in this case,” added the ministry.

Following the incident, King Mohammed VI immediately intervened, urging the government to help the injured and the families of stampede victims. The King will also pay for the funerals of the victims, as well as for the costs of the wounded’s hospitalizations, according to the ministry.