Rabat - The Moroccan government is pledging to reduce disparities between segments of the population by designing more development projects, especially in rural areas. Aziz Akhannouch, the Minister of Agriculture and Fisheries, has said that a MAD 6.85 billion budget has been allocated for development projects intended to curb social disparities in 2018, especially in rural areas. 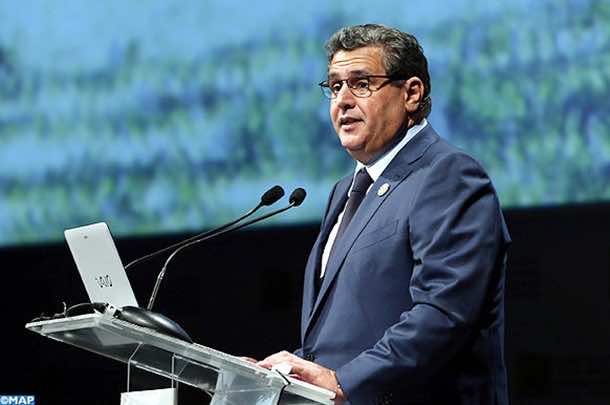 Rabat – The Moroccan government is pledging to reduce disparities between segments of the population by designing more development projects, especially in rural areas. Aziz Akhannouch, the Minister of Agriculture and Fisheries, has said that a MAD 6.85 billion budget has been allocated for development projects intended to curb social disparities in 2018, especially in rural areas.

The announcement follows King Mohammed VI October’s speech at the opening of the first session of the second legislative, which led government officials, including Head of Government Saad Eddine El Othmani, to vow their commitment to make development projects a top priority.

In his speech, the King urged the government to reform the national development model, which is “no longer responding to citizen’s growing demands and pressing needs.” For the sovereign, this model has failed to “reduce disparities between segments of the population, correct inter-regional imbalances or achieve social justice.”

Akhannouch presented on Friday the 110 new development projects for 2018 and the overall budget allocated by his ministry before the Committee in charge of Agriculture and Production Sectors at the House of Councilors.

During the meeting, Akhannouch said that MAD 6.85 billion will be allocated to projects, intended to fight social and territorial disparities in rural areas for the year 2018. The minister added that the Rural Development and Mountainous Areas Fund (FDRZM) will provide the MAD 3.39 billion to fund the said projects.

A budget of MAD 90 million will be devoted to the development of oasis and argan zones, added Akhannouch. The sizeable amount aims to achieve new projects in partnership with local actors as part of the strategic orientations. He added that MAD 116 million will be dedicated to the launch and further implementation of projects within the framework of international cooperation, reported Maghreb Arab Press (MAP).

MAD 45 million of financial assistance will  go to the Atlas Mountains Rural Development Project (PDRMA) in 2018, mainly for technical studies, added the official.

These projects  are part of the 110 new projects that have been programmed under the Pillar II of the Green Morocco Plan, said Akhannouch. The programs aim to cover the twelve regions of the country.

Akhannouch said that the budget allocated to the agriculture sector in 2018 has reached MAD 9,944 million while it totalled 9,051 million the previous year,  thus registering a 10 percent increase. This rise, explained the minister, mainly addresses irrigation and agricultural development projects and health safety.

The ministry also plans to improve food safety by focusing on seeds and plants inspection and certification. The program will also tackle essential measures that include cattle vaccination and treatment against the main diseases (8 million heads of cattle), meat inspection (400,000 tonnes) and fisheries control (550,000 tonnes).