Rabat -Minister of Agriculture Aziz Akhannouch led a Moroccan delegation at the Ministerial Session of the Specialized Technical Committee (STC) of the African Union (AU) on Agriculture, Rural Development, Water and the Environment, for the first time since Morocco’s official return to the pan-African body. 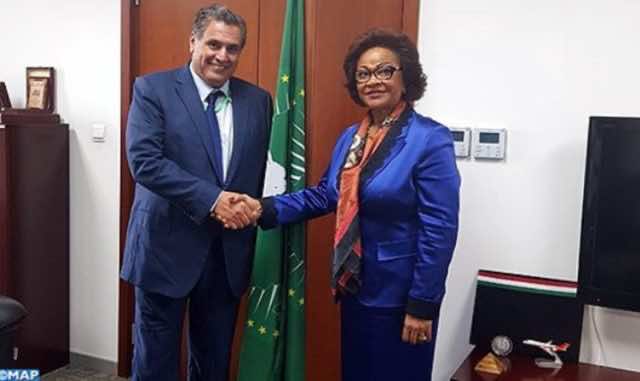 Rabat –Minister of Agriculture Aziz Akhannouch led a Moroccan delegation at the Ministerial Session of the Specialized Technical Committee (STC) of the African Union (AU) on Agriculture, Rural Development, Water and the Environment, for the first time since Morocco’s official return to the pan-African body.

Meeting in Addis-Ababa October 5 and 6 for the second session of the STC, organized under the title “Improving environmental sustainability and transforming agriculture to ensure food and nutrition security,” the delegation consisted of of several experts including Moroccan Ambassador to Ethiopia, Nezha Alaoui M’Hamdi.

During this meeting, Akhannouch highlighted the important role agriculture plays in the development of nations, stressing that it should be “the engine of sustainable growth in the face of a double socio-economic and ecological vulnerability in rural areas.”

Akhannouch also explained how agriculture often represents “an underexploited potential in Morocco, both economically – the sector accounts for almost 40 percent the job market and generates 15 percent of GDP – and socially, since more than 9 million Moroccans depend directly on agriculture for their livelihood.”

For the minister, agriculture is “at the heart of sustainable development challenges,” as good management of soil, water, and crops contributes to adaptation and mitigation of the negative effects of climate change.

On the basis of these findings, Morocco launched the Green Morocco Plan in 2008, which is in line with the detailed program for the development of agriculture in Africa, the minister noted.

“This is an innovative strategy based both on adapting to market opportunities and enhancing the agricultural, ecological and human diversity of the terroirs,” added Akhannouch, noting that this development plan was set up according to a pragmatic approach centered around the implementation of concrete projects.

For Akhannouch, “agriculture is a global common good that we must all strive to preserve.” The minister explained that a first step in this direction was taken at the COP22 global environmental conference held on African soil last November, in Marrakech.

Once the Paris Agreements are put in place, “it is crucial that African agriculture, including climate change adaptation projects, get a fair share of climate finance,” he said.“ It is in this spirit that we launched the African Agriculture Adaptation Initiative (AAA).”

The AAA is a two-part program that is supported by 33 countries, important players in the private sector, civil society, the scientific community, and major donors including the World Bank, the African Development Bank and Food and Agriculture Organization.

The first axis consists on procuring funding for the Adaptation of African Agriculture program through advocacy and negotiation, while the second concerns the de-risking and raising of funds for adaptation projects, through four program: sustainable management of soil resources and agricultural water, climate risk management, and solidarity financing for small project holders.

“The program also constitutes a platform for capacity building and exchange of knowledge on climate resilient agriculture,” Akhannouch said. “Our goal with the 33 countries that are with us is to attract funding to support concrete projects.”

The minister expressed the wish to see this AAA initiative become part of the major agricultural programs of the African Union, as well as “a real tool to defend the cause of African agricultural adaptation.” 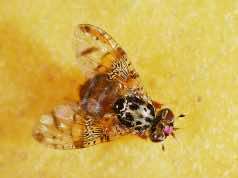 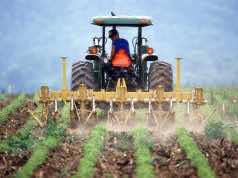 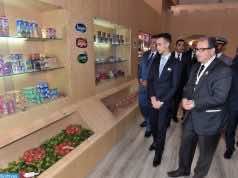