Rabat - As Morocco’s government has promised a speedy repatriation of Moroccan migrants stranded in Libya, Abdelkarim Benatiq, the minister delegate in charge of Moroccans Living Abroad (MREs), has assured that the ministry is closely monitoring the situation. 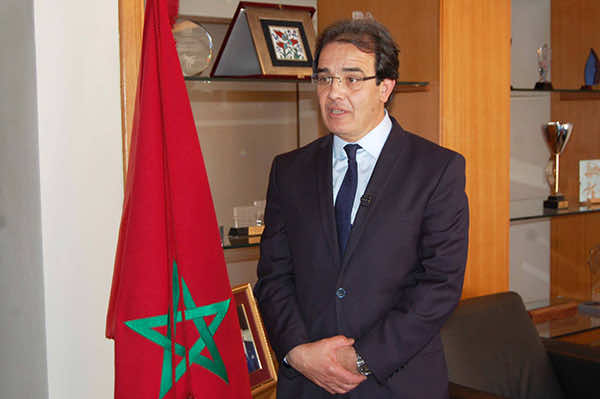 Rabat – As Morocco’s government has promised a speedy repatriation of Moroccan migrants stranded in Libya, Abdelkarim Benatiq, the minister delegate in charge of Moroccans Living Abroad (MREs), has assured that the ministry is closely monitoring the situation.

Benatiq said on Monday during an oral questions and answer session at the House of Representatives in Rabat that the ministry is working with other departments to conduct what would be the second major repatriation operation of Moroccans stranded in Libya.

Moroccan authorities conducted the first operation in August, which brought back about 200 citizens in two private aircrafts.

King Mohammed VI has also gave his orders to both the Ministries of Foreign Affairs and of MREs to keep watch on the situation of Moroccans stranded in Libya and find ways to return them back home.

Several videos filmed by the detained Moroccans have been widely shared on social media, showing the horrific conditions they are facing in the Libyan prisons. The trapped migrants cry for help and urge the Moroccan government to find concrete measures to take them back home.

After the videos went viral, the Ministry in charge of MREs said on its Facebook account on November 15 that it is working to repatriate the Moroccans stranded in Libya.

The ministry said that it is “following the Moroccans’ situation and is working very seriously and in full cooperation with all other institutions concerned in order to repatriate our citizens home.”

On November 28, families of the detained migrants protested in front of the Ministry of Foreign Affairs headquarter in Rabat, calling for the government to repatriate their relatives.

Situation of Sub-Saharan Migrants in Morocco

During the oral question and answer session, members of the parliament also took the opportunity to ask questions regarding the situation of sub-Saharan migrants in Morocco.

In response to their questions, Benatiq said that “more than 6,200 sub-Saharan children have joined Moroccan schools in order to pursue their education.” He added that the migrants living in Morocco benefit from the right to social housing, access to public schools, and medical services, in accordance to the new migration policy launched in Morocco in 2013.

Benatiq also pointed out that the issue of migration should be addressed in a societal framework through joint efforts.

The policy was established under the construction of King Mohammed VI.