Rabat - King Mohammed VI, as the chairman of the Al-Quds Committee, has sent a message to US President Donald Trump expressing his "deep concern" over his administration's willingness to recognize Jerusalem as the capital of Israel. 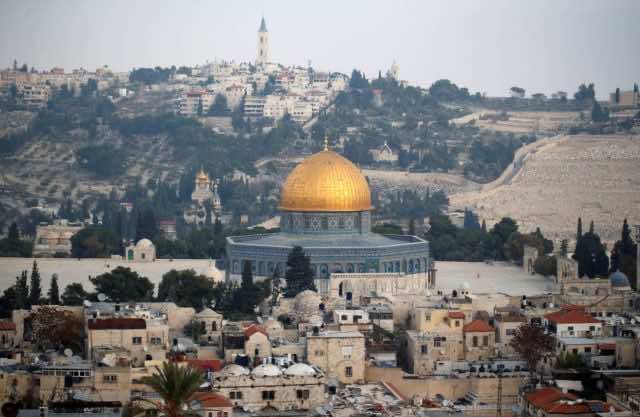 Rabat – King Mohammed VI, as the chairman of the Al-Quds Committee, has sent a message to US President Donald Trump expressing his “deep concern” over his administration‘s willingness to recognize Jerusalem as the capital of Israel.

Following claims that the United States is seriously considering declaring its recognition of Jerusalem as Israel’s capital earlier next week, King Mohammed VI wrote that the decision has drawn his “deep personal concern and the great concern of the Arab and Muslim States and peoples.”

“The city of Al-Quds must remain a land of cohabitation and a symbol of coexistence and tolerance for all,” said King Mohammed VI. “The city is not only important for the parties of the conflict, but also for believers in the three Abrahamic religions, due to its unique religious characteristics, its ancient identity, and its great political symbolism.”

In the letter, the King also commended the US president for having “demonstrated a strong will and determination to restart the peace process between the Palestinians and Israelis” and for having taken “promising steps in this direction and enjoying the continued support of the international community, including that of the Kingdom of Morocco.”

While the president is currently holding talks to announce his final say about the matter, King Mohammed VI deems that this step will “negatively impact the prospects for a just and comprehensive solution to the Palestinian-Israeli conflict, knowing that the United States is one of the main advocates of the peace process.”

“In accordance with relevant international resolutions, including the Security Council resolutions, Al-Quds is at the heart of final status issues,” which requires that it maintains its legal status, explained the King.

In a telephone conversation with the President of the Palestine, Mahmoud Abbas, King Mohammed VI reaffirmed “the strong and constant solidarity of the Kingdom with the People of Palestinian in defense of their cause and their legitimate rights, especially regarding the status of Al Quds Al-Sharif,” according to a statement issued by the Royal Cabinet on the same day.

The King also expressed his strong disapproval “of any action likely to compromise the multi-confessional character of the Holy City, or alter its legal and political status.”

The two leaders agreed “to maintain direct contact and permanent consultation on the issue and to ensure close co-ordinate between the two governments, in order to jointly identify the steps and action to be taken regarding the issue.”

If the United States recognizes Jerusalem as the capital of Israel,it would overturn 70 years of international negotiations to achieve peace between Israelis and Palestinians.

Though the recognition of Jerusalem,  Trump would fulfill Israel’s decades-long dream of legitimizing its claims to the city. However, this decision will escalate tensions between the Israeli-American alliance and the Palestinian authority as well as with other Arab nations.

“The Middle East lives in the midst of deep crises, ongoing tensions and needs to avoid anything that may exacerbate the feelings of frustration and disappointment, which constitute the premise of extremism and terrorism,” said the King in his letter to Trump.

“Morocco constantly strives for a comprehensive peace solution in the region in accordance with the principles of the international resolutions. The country does not doubt the vision of your respectable administration, nor of your personal commitment to peace and stability in the region and your firm determination to facilitate the renewal of the peace process and avoiding anything that may hinder or stop it,” he concluded.