Rabat - Electric cars are riding into the kingdom. After Renault and Peugeot, it is now Chinese BYD’s turn to settle down in Morocco. With 50 hectares unit, 100,000 vehicles per year, 2,500 direct jobs, 400 buses and trucks, 100 monorails wagons, and more, the automotive giant’s plans are big and burly for Morocco. 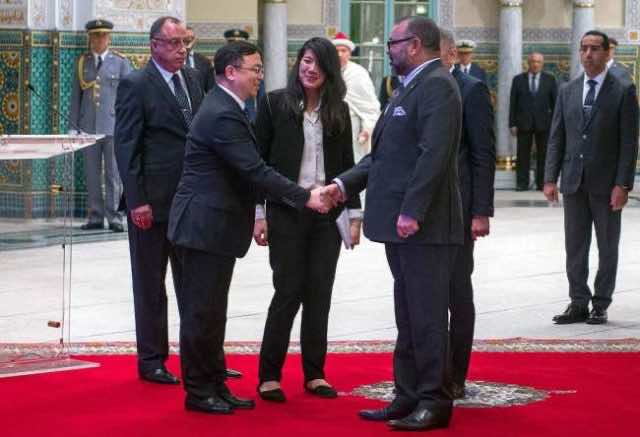 By
Chaima Lahsini
-
Chaima Lahsini is freelance journalist and activist with the Al-Fam collective in Rabat.
Dec 11, 2017
Spread the love

Rabat – Electric cars are riding into the kingdom. After Renault and Peugeot, it is now Chinese BYD’s turn to settle down in Morocco. With 50 hectares unit, 100,000 vehicles per year, 2,500 direct jobs, 400 buses and trucks, 100 monorails wagons, and more, the automotive giant’s plans are big and burly for Morocco.

Morocco is quite serious about its automotive industry. Already established as a leader in the African and MENA market, the kingdom is now combining clean energy with innovative industry through its recent collaboration with BYD.

“An innovation icon” as Moulay Hafid Elalamy, Minister of Industry, described it, Chinese “Build Your Dreams” is set to build Morocco’s dreams in becoming the next “North African Silicon Valley.”

With its upcoming plant set in Tanger Tech, the unit will be laid down on a 50 hectares area, with a production capacity of 100,000 unit per year and a job creation potential of 2,500 posts.

Through this strategic partnership, Morocco has for an ally a pioneer in renewable energies sector and electrical mobility, allowing the kingdom to integrate for the first time in Africa the electrical transportation sector, which production will be destined for both local markets and export.

While the details of this conventions and its investment budget are yet to be disclosed, “we’ll definitely be announcing further details in the upcoming days,” Elalamy promised. However, the minister in charge of industry, investment and trade revealed that the memorandum of understanding also provides for the construction of three other factories, one of electric batteries, one for electric buses and trucks, and one to manufacture electric trains.

All these projects will be located near Tangier, in the future “Cité Mohammed VI Tanger Tech,” an “industrial city” led by the Chinese group Haite, whose creation was announced back in March.

BYD, considered the top electrical mobility manufacturer in the world, manufactures 13 percent of electrical vehicles in the world and 30 percent in China. With a USD 17 billion turnover, the Chinese giants has over 220,000 employers in 33 industrial sites worldwide.

But the kingdom is not the only winner of this unprecedented agreement. BYD’s implementation in Morocco will allow it a geostrategic positioning between Europe and sub-Saharan Africa, an unprecedented economic attractiveness and multidisciplinary expertise.

“We want to benefit from Morocco’s geographical location, as a gateway to Europe and the African market,” said BYD’s boss during the signing ceremony held in Casablanca’s Royal Palace on Saturday.

There is no doubt that Morocco has became now the primary destination of investors, mainly due to the rapid growth of the port area of ??TangerMed, as well as a free zone dedicated to the automotive sector, with the establishment of the Renault plant, the largest in Africa.

In 2016 alone, over MAD 3.45 billion of private investments were made at the Tanger-Med port, an increase of 102 percent year-on-year, with the establishment of 68 new industrial projects in all of the port complex’s business areas. More than 6,547 new jobs were created. Last September, the American aircraft manufacturer Boeing announced the creation of a specialized industrial zone for its subcontractors.

The kingdom is also a major player in sustainable development at the regional level, due to a proactive strategy in “green” energies, under the leadership of King Mohammed VI. The goal is to increase the share of renewable energy by 2030 in the Moroccan energy mix to 52 percent.