Rabat - Chinese BYD is already all hands on deck for its upcoming projects in the kingdom. At the request of the Moroccan government, the electrical mobility giant will launch a study for the construction of a skytrain in Casablanca. 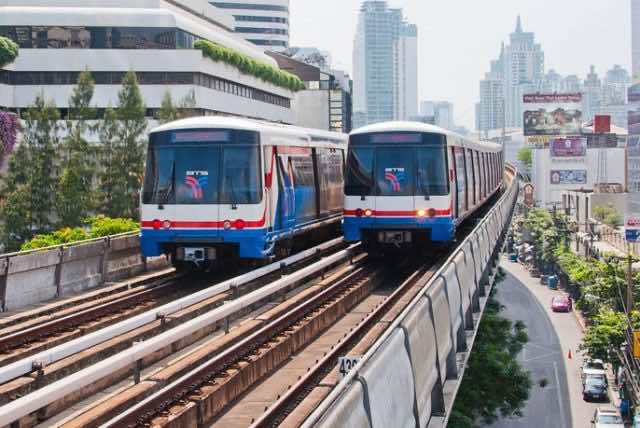 By
Chaima Lahsini
-
Chaima Lahsini is freelance journalist and activist with the Al-Fam collective in Rabat.
Dec 13, 2017
Spread the love

Rabat – Chinese BYD is already all hands on deck for its upcoming projects in the kingdom. At the request of the Moroccan government, the electrical mobility giant will launch a study for the construction of a skytrain in Casablanca.

Merely one day after Morocco signed an investment agreement with the electric car manufacturer, the first prospects of this colossal cooperation are already taking shape.

According to Moroccan news daily Al Ahdath Al Maghribia, the Minister of Industry, Moulay Hafid Elalamy, has solicited the Chinese manufacturer for the study of the feasibility of a skytrain project in the kingdom’s economic capital.

This project aims to provide several electric monorail trains, in anticipation of the saturation of the tramway lines currently available or planned in Casablanca, in the medium and long term. For the time being, the cost of the project has still not been revealed.

The newspaper explains how Casablanca’s tramway lines failed to limit traffic jams since the roads, already in bad shape, were narrowed for the installation of the trams. This further complicated the task for Casablanca drivers. The newspaper points out that Turkey, the United Arab Emirates, and Malaysia have been using skytrains for several years now.

If the study is conclusive, the Chinese manufacturer will deliver a hundred cars, which will be placed on a 15 kilometer route suspended on beams overlooking the metropolis’ main arteries and crossings, reports the newspaper.

Back in 2014, Casa Transport, the company in charge of the development of mobility and the transit system in Casablanca, carried out a similar study. However, the company deemed the skytrains project too expensive and abandoned it for the construction of four new tramway lines in the city.

The metropolis, faced with serious traffic problems, was to acquire a 15-kilometer aerial train at a cost of EUR 800 million by the end of 2018. The technical studies were to be ready in the spring of 2014, according to Mayor Mohammed Sajid.

However, the financial arrangement of the project was slow to see the light, and the city council decided to bury the project, considered too expensive.

At the time, the mere prospection of such project sparked the outrage of many, who denounced a “financial squandering.” In a statement to Telquel, Mustapha Rahine, a Casablanca MP, deplored how “MAD 10 million were wasted in the feasibility study of the skytrain project.”

Morocco World News contacted Casa Transport for further details, but to no avail.