Rabat - As the fallout continues over President Donald Trump's recognition of Jerusalem as Israel's capital last week, four Palestinians were killed and around 367 were injured  in Friday’s protests in the West Bank and the Gaza Strip. 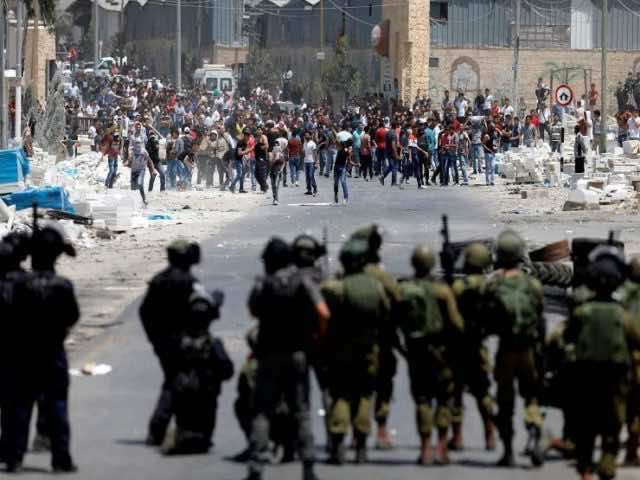 Rabat – As the fallout continues over President Donald Trump‘s recognition of Jerusalem as Israel‘s capital last week, four Palestinians were killed and around 367 were injured  in Friday’s protests in the West Bank and the Gaza Strip.

During Friday’s prayers, clashes between Palestinians in the West Bank and the Gaza border and Israeli forces turned violent, resulting in tragic fatalities.

The protestors reportedly set fire to tires and threw rocks at Israeli troops who in turn fire.

“Thousands of “Palestinian rioters” rolled burning tires and hurled firebombs and rocks at security forces, who responded with tear gas and also fired selectively toward main instigators,” said the Israeli military in a statement.

Gaza Health Ministry spokesman, Ashraf al-Kidra said two Palestinians died from gunshots to the head and 16 were injured in two locations along Gaza’s border with Israel.

One of them is named brahim Abu Thraya, a disabled man whose legs were amputated.

Palestinian Ibrahim Abu Thraya 29 yrs old lost his feet in IOF bombing on Gaza 2014 today he lost his life with IOF bullets in the head during protests over Trump’s decision on occ Alquds #Palestine pic.twitter.com/dQEdqhPMvl

A video depicting his death, shared by  Middle East Eye, is being widely shared on social media. By Saturday morning, the footage has been viewed over one million times and shared 33,000 times.

Ahmed, 18,  was shot  after allegedly stabbing an Israeli soldier during clashes. “Three Israeli soldiers fired 20 bullets at the young man at close range,” one witness told the Anadolu Agency (AA).  “He has since been taken to a hospital in Ramallah for treatment where he remains in critical condition.”

In the west Bank, around 24 protesters were  injured by gunfire and 75 other  by rubber-coated bullets, as more than  200 were suffocated by tear gas.