Rabat - For Abdellatif Jouahri, Governor of Bank Al Maghrib, “Bitcoin is not a currency,” but “a highly speculative financial asset” that must be regulated by international bodies. 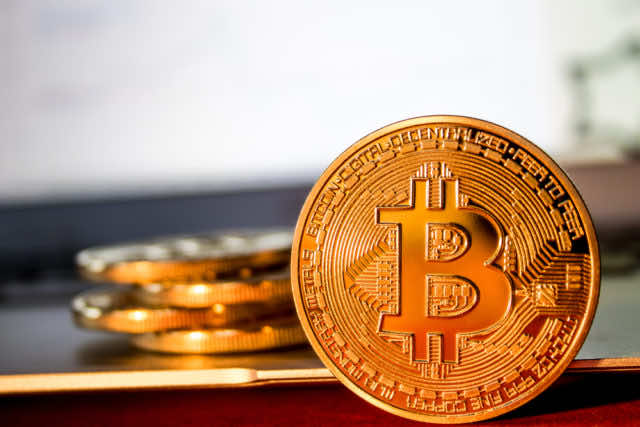 Rabat – For Abdellatif Jouahri, Governor of Bank Al Maghrib, “Bitcoin is not a currency,” but “a highly speculative financial asset” that must be regulated by international bodies.

Asked about Bitcoin, the governor of the Central Bank said that “it’s not a currency.” He added that “a currency must meet three criteria: be a means of payment, a store of value and an instrument of saving.”

According to Jouahri, Bitcoin does not meet any of these criteria.

Just last Monday, the Governor of the Bank of France used a similar reasoning. “The governor of the French central bank had already asked the G20 to supervise the use of cryptocurrencies,” Jouahri said. This request was also addressed to the International Monetary Fund.

For the governor of Bank Al Maghrib, Bitcoin is more of a financial asset than a currency, it is a highly speculative instrument. “The problem is that [Bitcoin] volatility is not justified. Why does it go from USD 1,000 to USD 7,000?”

For all these reasons, “it is out of the question to consider Bitcoin as a currency,” he noted. He said that even as an asset, it can contribute to reprehensible goals, such as the financing of terrorism.

Jouahri recalled that while Bank Al-Maghrib has no legal authority to ban Bitcoin, the Foreign Exchange Office announced its prohibition via a communiqué a few weeks ago.

The Exchange Office informed the general public that transactions of cryptocurrencies constitute a violation of the exchange regulations, punishable by laws.

The Office also requested that the people concerned comply with the provisions of the foreign exchange regulations, which stipulate that financial transactions with foreign countries must be concluded through authorized intermediaries and with foreign currencies held by Bank Al-Maghrib.

Last November, Bank Al Maghrib, the Ministry of Economy and Finance and the Moroccan Capital Market Authority (AMMC) issued a joint statement in which they  warned the public about the use of cryptocurrencies as a means of payment.

“Cryptocurrency is a decentralized unit of account, created not by a State or a monetary union but by a group of people (physical or legal), based on the existence of a register containing all the transactions, kept up to date on all nodes of the network (Blockchain technology),” they explained.

These currencies are only exchanged online and, therefore, do not exist in the form of tangible coins or notes. There are more than 5,000 of them today and Bitcoin is the most popular.