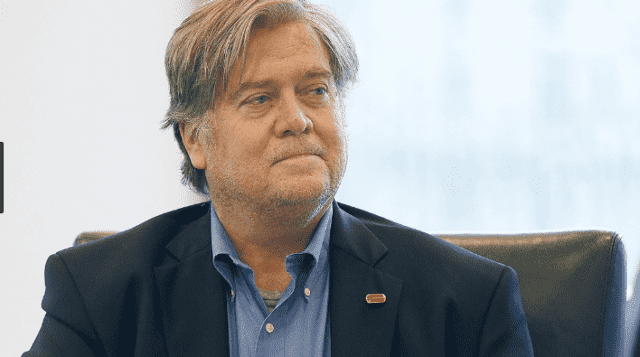 Rabat – After five days of silence following Wednesday’s release of excerpts from the damming new book Fire and Fury: Inside Trump‘s White House, Stephen K. Bannon, a former top aide to the President, issued a statement trying to diffuse the tension between himself and the Oval Office.

In his statement Sunday, Bannon expressed his “unwavering support” for Mr. Trump and added that he “regret[ted]” his delay in setting the record straight.

Of the many quotes featured in Michael Wolff’s Fire and Fury, perhaps the most notable one came from Bannon, a former chief strategist to Trump, who branded a meeting hosted at Trump Tower with a small group of Russians as “treasonous” and “unpatriotic.”

On Sunday, Bannon gave his direct response, elaborating on the context of his quotes without refuting them outright. His comments, he explained, were aimed actually at Paul Manafort, a seasoned political operative who “should have known [the Russians] are duplicitous, cunning and not our friends.”

Manafort was placed under house arrest in October 2017 on felony charges as part of an ongoing investigation into potential coordination between Russia and members of Trump’s team during the 2016 presidential election.

However, Bannon’s comments come after days of mounting political pressure from the Republican Party. Since last week, the Breitbart chairman has come under fire from furious financial donors and political acolytes, alike.

The President himself weighed in via Twitter to dub his former ally “Sloppy Steve.”

The White House sought unsuccessfully to delay the release of Fire and Fury; the publishers released the book four days ahead of schedule due to “unprecedented demand.” Indeed, amidst freezing temperatures and a blizzard currently consuming US East Coast, curious readers and keen buyers queued until midnight to get a copy.