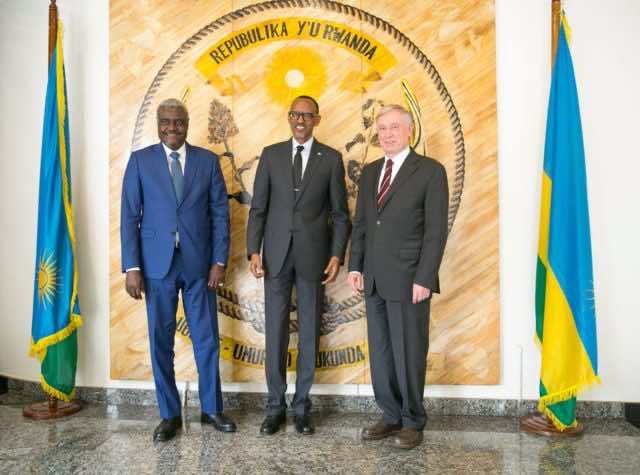 Kohler aims, through this strategy, to provide the African Union with an opportunity to propose solutions that would help the UN find a lasting solution to the conflict.

The UNSG Envoy also met on Friday with Rwanda’s President, Paul Kagame, who will officially take over the chairmanship of the African Union on January 28.

During his visit to Rwanda, Kagame and Kohler “discussed a wide range of topics and shared ideas on how the AU can partner with the UN in bringing lasting peace in Western Sahara,” reported the Rwandan news outlet, New Times.

Rwanda’s Foreign Affairs Minister, Louise Mushikiwabo, told local reporters after the meeting that the United Nations believes that African leaders can play an eminent role “in addressing the Western Sahara issue.” Both Kagame and Kohler discussed ways the African Nations can contribute to reviving the UN political process with a view to helping the parties to reach a mutually acceptable solution in line with the relevant UN resolutions adopted since 2007.

Kohler’s meetings with the African leaders came four days after his official meeting with the EU’s High Representative Federica Mogherini, in Brussels on January 9. During the meeting, the two high officials “exchanged views on the relaunch of the UN peace process for Western Sahara,” according to an official statement by the European Union External Action.

“Mogherini stressed the EU’s resolute support for the UN’s renewed efforts, in the spirit of recent UNSC resolutions and in particular the latest UNSC resolution of 28 April 2017, to help bring to a conclusion this long-standing conflict and to achieve a just, lasting and mutually acceptable political solution” for the region.
Kohler, who is the former President of the Federal Republic of Germany, was appointed as Personal Envoy for Western Sahara by the US Secretary General, Antonio Guterres, on August 16. Horst succeeded Christopher Ross of the US, who completed his tasks as UNSG Envoy on April 30, 2017.

With more than 35 years of experience in government and international organizations, Kohler occupied many important positions, including Managing Directory of the International Monetary Fund (IMF) and President of the European Bank for Reconstruction and Development in London.