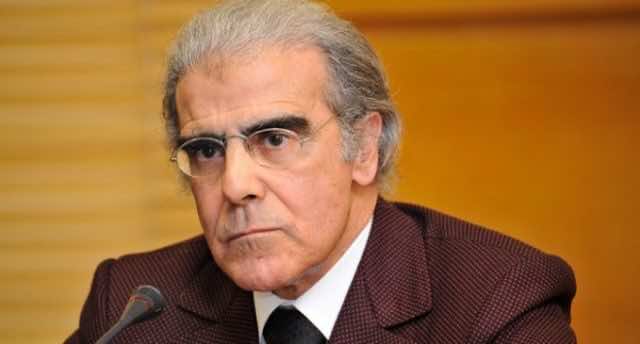 For Abdellatif Jouahri, governor of Bank Al Maghrib, JP Morgan‘s predictions of the devaluation of the dirham are not “the word of the Christ.” During a conference held this Thursday in Rabat, Jouahri, with the minister of finance, Mohamed Boussaid, tried to debunk the speculation around the new exchange rate regime reform.

On Tuesday, JP Morgan published a note from its “Emerging Markets” research, in which the United States=based bank summarizes Morocco’s new flexible exchange rate reform and delivers its forecasts.

READ ALSO: JP Morgan Predicts a 7% Depreciation of the Dirham by 2019

This new release, which predicts a 7 percent devaluation of the dirham in the next 12 months, became the subject of a heated debate during Bank Al Maghrib’s press conference Thursday.

“JP Morgan is not the word of the Christ,” Jouahri said when questioned on the subject. It appears the governor of Bank Al Maghrib can no longer tolerate speculation against the dirham, whether from Moroccan commercial banks or an international monetary institution.

Indeed, the botched launch of the reform last April is still an open wound in the mind of the official. The speculation of Moroccan commercial banks against the dirham, advancing a possible devaluation, led to a rush on currency draining over $3 billion from Bank Al Maghrib’s foreign reserves.

Although JP Morgan’s report was less negative about the impact of the reform on the Moroccan economy in the medium term, qualifying it as “limited,” the bank added that over the next 12 months, “market prices are in a gradual depreciation path of the dirham against the euro and dollar basket.”

The dirham is pegged to the euro-dollar basket, at a rate of 60 and 40 percent, respectively. This remains unchanged since before the recent reform.

The only change made is on the fluctuation band, which widened from 0.3 to 2.5 percent. This information was a point of discussion for Jouahri and Boussaid, who explained that this new margin is the limit of movements of the dirham, either in overvaluation or devaluation.

“We respect the point of view of these institutions, but [a 7 percent devaluation] is simply impossible,” affirmed Boussaid, adding that the market has been favorable to the dirham until now.

“The market trusts us, and this is visible through the results of the last three days,” Boussaid said. He added that the dirham has maintained its value since the launch of the reform on January 15.

However, the assurances of Jouahri and Boussaid, based on the fact that the dirham is still pegged to the euro-dollar basket, are indeed a double-edged sword. The dirham will always be dependent on the fluctuations of the two currencies on the market, and according to JP Morgan’s analysts, these fluctuations are heading in the wrong direction.

So where does this 7 percent devaluation predicted by JP Morgan come from, knowing that Jouahri and Boussaid insist on a limit of 2.5 percent in the event of a fall for the dirham?

Implicitly, Boussaid has two announcements. The bad news is that the dirham may devalue by more than 2.5 percent. The good news is that it will not be because of the new reform, but due to fluctuations of FX prices.

However, beware of speculation. According to Jouahri and Boussaid, the two guardians of the temple, “they will be lethal.”