Rabat - The intense and fixated focus on Morocco’s bid, particularly by the United States’ giant media cooperation’s, suggest a hidden agenda, an uneasiness, in the highest instances of the decision-making process, with an “unwelcome” ‘late bidder’, a serious challenger to the North American bid from which FIFA was happily expecting high financial returns. 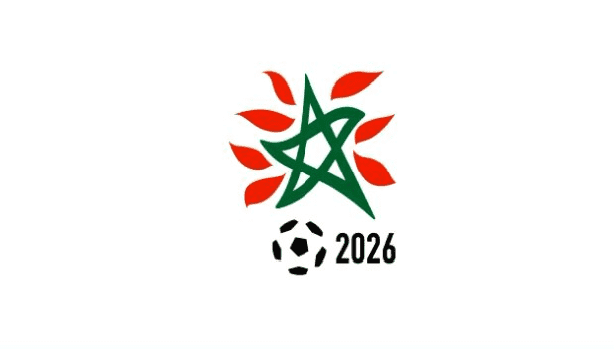 Rabat – The intense and fixated focus on Morocco’s bid, particularly by the United States’ giant media cooperation’s, suggest a hidden agenda, an uneasiness, in the highest instances of the decision-making process, with an “unwelcome” ‘late bidder’, a serious challenger to the North American bid from which FIFA was happily expecting high financial returns.

So, with things getting noisier as we await FIFA’s final decision this summer in June, it comes as a great surprise that the organization, which claims integrity and impartiality throughout the whole bidding process, is rather fixating, in quite a biased way, all its instructions and warnings on Morocco alone.

FIFA appears to be behaving towards Morocco like an angry parent who, although she does not overtly say it, clearly suggests in her gestures, temper, and mood swings, the child that she prefers. And Morocco’s bid does not appear to be that preferred child. Morocco’s 2026 bid is getting all the wrath of the angry parent, while the North American children are left unattended to, a suggestion that they can behave themselves without being told so.

And so, as Morocco’s 2026 bid meets with the wrath of the United States’ media juggernauts (The New York Times and The Associated Press have made their calling to scrutinize the potentials of Morocco’s 2026 bid), FIFA, too, rather than act in the professional spirit of impartiality, appears to be picking sides. This is at least what FIFA’s letter to football federations appeared to suggest.

Last Friday, in a letter that she addressed to the 211 federations of football nations, FIFA’s Secretary General Fatma Samoura reportedly “warned” all the national federations against any tendency to accept bribery and kindred offers from either of the two contenders.

Ms. Samoura’s letter allegedly warned federations against accepting any support “which may unduly affect the integrity of the bidding procedure.”

“All members of the FIFA councils and delegates of the FIFA Congress should take their personal short-listing or selection decision on the basis of their own assessment of the merits of the bid” she wrote in the said letter, adding that: “Therefore, all officials are requested to refrain from expressing publicly their personal opinion about the merits of one or more bids during the bidding procedure.”

Given the massive public support that Morocco has been getting from CAF officials, including the organization’s president, and many national federation presidents across the continent, it is enough to see in these “warnings” a desire, however veiled, to dissuade African federations from showing public support for the kingdom’s bid.

Even The New York Times, an outlet that published, late last year, a rather derogatory report about Morocco’s potentials for organizing the tournament in 2026, acknowledged this time , though reluctantly, FIFA’s bias.

“The six-page document… appears to take aim at Morocco which is challenging a joint North American bid”, outlet wrote in a recent report on FIFA’s “Warnings”, while adding, as the reporter cited a person said to be directly involved in the discussions, that “FIFA reminded Morocco specifically about its bidding rules.”

Morocco, as it happens, is being singled out as the only contender susceptible to “misbehavior”.

FIFA may be taking precautions against possible corruption or vote-buying. But should that mean singling out one of the contenders as the only side that could bribe?

The corruption allegations that tarnished previous World Cup bids are no secret to football fans. Over the last decades, almost all bidding procedures were mired in corruption and vote-trading. It was that reputation of corruption that led FIFA to change the bidding regulations.

Now, for the 2026 edition, instead of a restricted circle of FIFA officials, all 211 football nations will have a defining voice in choosing the winning bid.

So, given the current rules, FIFA may not have welcomed the fact that many of the concerned African delegates have manifested public support for Morocco. Or, rather, is FIFA, with the reported claim that a North American win would yield more financial benefits, leaning towards a North American 2026 World Cup? That, no one can tell—at least for now. But singling out one party and making it bear the brunt of a past tradition—Morocco was, after all, acting Roman in Rome—is a sure cause for alarm.

The scramble for organizing the World Cup is perhaps the most exciting moment for football federations, especially when they are bidding to host the game’s ultimate tournament.

Sadly, it can also be an occasion for defamation campaigns, corruption, and show of force— a concert of public dissuasion in which, more often than not, those with giant media and powerful lobbies almost always prevail.

In a recent interview, as The Associated Press tried to reproach Morocco for “corruption” in its past bids, Hicham Al Amrani, chief executive of the 2026 bid, said: “We do not have anything to do with the past as Morocco. Do not make comment on past bids for which we were not part of.” But El Amrani’s statement has clearly not been heard.