Rabat - A Franco-Moroccan woman has designed and put in function a new application to solve the pervasive problem of sexual harassment in Morocco. 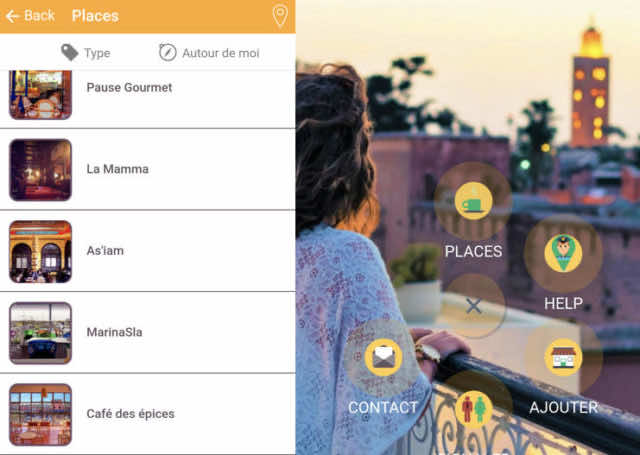 Rabat – A Franco-Moroccan woman has designed and put in function a new application to solve the pervasive problem of sexual harassment in Morocco.

Finemchi (“Where am I going?”) hopes to help solve the country’s sexual harassment issue by proposing to its users public spaces and spheres that are safe and women-friendly.

Safâa El Jazouli, an entrepreneur and founder of the Finemchi Project, talked to Morocco World News today about the growing concern of female insecurity and sexual harassment in Morocco, particularly stressing the social roles that women are expected to conform to, and the limits that Moroccan society puts on them.

Women, according to El Jazouli, are looked down upon, expected to blend into the societal stereotypes, objectified, and pass unnoticed. “They do not get to be expressive and free in their lifestyles and choices”, she adds, with the excited and yet controlled voice of a person sharing her deepest convictions.

Of her motivations to launch the project, she says that it is something she’s been thinking about, and working on for nearly seven months now.

“I’ve spent a considerable part of my life in France. And I like to come here and visit, you know. But once here, I generally had to go to the same places over and over again, and it started getting dull.

“Women are generally limited in their choices, especially when they want to go out and just make the most out of their free time. In Morocco, cafés and other public spaces have always been male-only places, many are hostile to women. It even gets aggressive and physical at times”, she said.

El Jazouli explains to me that it is that feeling of boredom, as she grew tired of always going to the same places while in Morocco, that convinced her that something needed to be done to expand women’s outgoing choices while at once ensuring their comfort and security. She, as a result, decided to launch an initiative where women could share their opinions on places and establishments they like or hate, and help other women in their decision to visit or avoid such places.

El Jazouli further explained that women who dare to break the established boundaries are generally frowned upon, given bad names, and, in some instances, mistreated.

“It really strikes me that a woman who dares to break some of the established standards is generally given bad names, badly perceived. Society seems to have those accusatory looks meant to remind you of your supposed rightful place. Why deny women such basic rights? Can’t she peacefully have her cup of tea and enjoy it?

“You mean that the condescending public gaze that women are subjected to scares you, right?” I asked, in the misplaced but sincere humor of somebody wanting to learn more.

“No, not just the gaze. It is the entrenched notion of gender inequality, the embedded belief that gives men so much more and denies women so many basic things, that’s what scares me. And it needs to change.”

El Jazouli also said that the absence or underrepresentation of female reviewers on Google was her greatest inspiration to launch her project. She said that the project is aimed at providing women with a platform where they “can help each other”, or “judge if an establishment is safe or respectful “towards women, and places where women would not be “embarrassed or harassed.”

She however underlined that her project’s aim is not to separate women and men, but to help women in finding safety and comfort in “shared places”.

Asked about how her project has been received by the public, El Jazouli explains her pleasant surprise.

“The app has received a lot of reviews and comments. All the comments I’ve got from women so far—and trust me, I’m not exaggerating—have been positive and congratulatory. They shared their experiences, thanking, congratulating, and supporting me. That has been really supportive in telling me that this was something needed. Plus, the app has now over 1000 users, which is huge as I launched it just a week ago.

But it is no bed of roses challenging established ideas. El Jazouli says that she has received quite a sizable number of negative and derogatory comments, all of which, she hastened to add, have so far come from men. But she doesn’t seem to be bothered by that. “They are not my target”, she says.

“Not even a single negative reaction from conservative women?” I asked, surprised, like her, at the overwhelming support she’s so far been receiving.

“Well, I am not telling anyone to go to discos or something. I’m helping them to find places to go to and have a good drink or a nice chat with friends. Who doesn’t like that?”

She pauses, laughs defiantly, and, her voice now suggesting the childlike optimism and the uneasy civility of somebody savoring the fleeting attention and fame that come with what she has achieved, she adds:

“Some managers and directors of some public spaces have even contacted me to know what to do to have a good rating in the app. I told them that they are responsible for what generally happens at their places, and that they should make sure their female clients are treated with respect and dignity. Some of them have promised to collaborate. And I truly welcome that. It was after all part of the project: raising awareness about society’s duplicity in dealing with differences.”

Finemchi is now available on Google play, having already listed and reviewed about a hundred places.

After installing the app, users can add a café or a restaurant, and report on the added place based on their experiences. And when something negative happens to a user, the app is said to provide them with the numbers and location of nearby police stations. El Jazouli says that she is working on a iPhone version, and that it will come out very soon.

“I want to say that sexual harassment, or gender inequality is by no means the preserve of Morocco. It exists in France and elsewhere around the world. But it is quite high here. Look, I believe in participatory politics; I believe that citizens, when they decide to get involved, can make a difference. This is what I felt I needed to do. It is not the end. I’m working on other fronts. And I believe that many others can do what I did, or even more. You just need to get involved.”