Rabat - As the freezing weather continues to cause discomfort and mass suffering in mountainous regions across Morocco, aid also continues to pour in. On Thursday and Friday, some 1,100 families in douars in Ifrane Province have benefited from food aid and blanket distributions to cope with the effects of the cold snap. 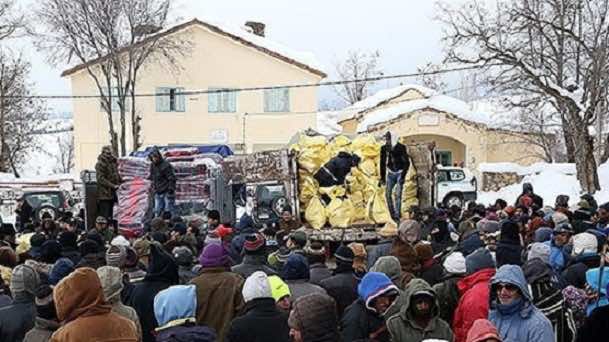 Rabat – As the freezing weather continues to cause discomfort and mass suffering in mountainous regions across Morocco, aid also continues to pour in. On Thursday and Friday, some 1,100 families in douars in Ifrane Province have benefited from food aid and blanket distributions to cope with the effects of the cold snap.

This operation was supervised by the governor of Ifrane Province, Abdelhamid Al Mazid, who was accompanied by members of the newly-formed provincial watch and monitoring committee, created to monitor the effects of the cold snap.

“This operation followed Mohammed VI’s instructions given to the government departments to continue the mobilization and deploy more efforts to mitigate the negative effects caused by snowfall and heavy rains, as well as the sharp drop in temperatures in some prefectures and provinces of the Kingdom,” said head of the watch committee, Salah Mikou.

He further indicated that this initiative will last several days and will affect several douars and municipalities in the province of Ifrane affected by the bitter cold.

Aid provided to the stricken areas of Irfan comes after the Head of Government announced earlier this week that “an exceptional mobilization” has been put in place by various authorities responsible for opening the roads to areas isolated by heavy snowfall.

The massive relief mission will benefit about 514,000 people across 22 provinces. Various departments, including the Ministry of Health, the Ministry of National Education, the Royal Gendarmerie, and the Auxiliary Forces and Civil Protection will monitor its progress.