Rabat - The situation of sub-Saharan migrants in Algeria is alarming, according to a recent RFI report. 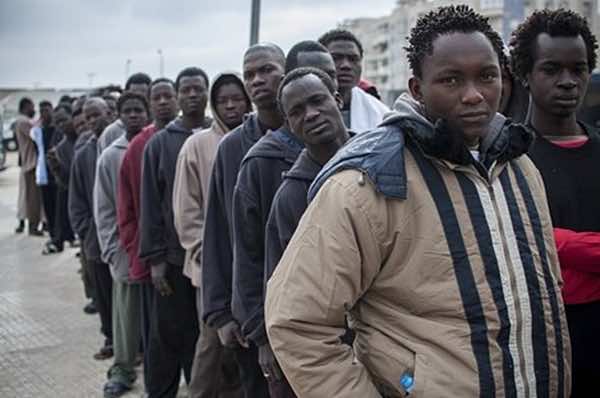 Rabat – The situation of sub-Saharan migrants in Algeria is alarming, according to a recent RFI report.

RFI reported on February 12 that a considerable number of sub-Saharan migrants were packed in what looked more like a sinister detention camp than a migration center in an Algiers suburb, as they awaited expulsion from the country.

Between January and February of this year, 2 to 3 thousand migrants are said to have been forcibly, and in some conditions humiliatingly, deported from Algerian territory.

The migrants are said to have been arrested during night patrols monitored by Algerian Police. They are later packed in Zeralda and other centers established for the purpose of such operations, from where they are allegedly “packaged” in military trucks that “ship them” to Arlit in Niger.

“We are badly treated, and I’m really scared,” one of the deported migrants told RFI, later explaining the inhumane treatments to which they were subjected and fuming about the rampant racism sub-Saharans face in Algeria.

There are rumors of migrants being expulsed from Algerian and left at the mercy of the desert between Arlit in Niger Niger and Tamanrasset in Algeria, where, if they are lucky enough, after hours or days of walk, they can supposedly come across NGO or UN-sponsored missions that host and help migrants in such desperate conditions.

Algeria’s migration policy has “hardened”, RFI concluded, citing Abdelmoumène Khelil, a Human Rights activist who said that it is high time that “a public debate on integrating migrants” be held in Algeria.