Rabat - The sovereign nation of Morocco will never accept being reduced to the same level of militant separatist groups like the Polisario Front.  This is, according to Moroccan political observer El Moussaoui El Ajlaoui, “an important point that the UNSG’s Personal Envoy, Horst Kohler, failed to take into account.” 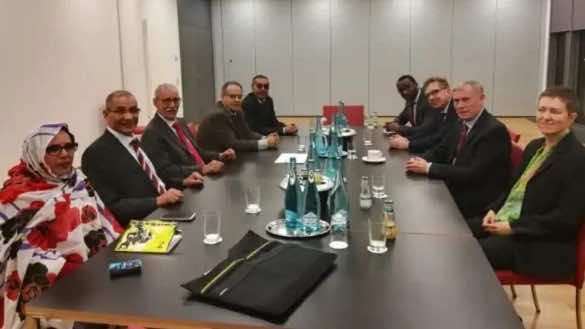 Rabat – The sovereign nation of Morocco will never accept being reduced to the same level of militant separatist groups like the Polisario Front.  This is, according to Moroccan political observer El Moussaoui El Ajlaoui, “an important point that the UNSG’s Personal Envoy, Horst Kohler, failed to take into account.”

Giving Morocco and the rebel group on the same level, and giving the Polisario Front the same weight that Morocco carries in the international community affords the separatist group recognition it does not deserve, El Ajlaoui told Morocco World News on Wednesday.

Negotiations are Ongoing Despite Morocco’s Absence

While talks mediated by Kohler are presently being held in Berlin regarding the conflict, El Ajlaoui believes that “politically, Morocco is not seeing any progress.”

Representatives from both Mauritania and the Polisario separatist group already met with Kohler, while Algeria is likely to be brought in next, as Kohler was expected to receive the Algerian minister of foreign affairs, Abdelkader Messahel on Thursday, February 15, according to Algeria’s news agency APS.

However, Morocco- a main party in the conflict- has been reluctant to attend the Berlin negotiations with the Polisario, as the separatist front has been carrying out illegal military maneuvers in the region over the past few months.

El Ajlaoui argues that Morocco ought to be in charge of setting rules of negotiations for issues that fall within its national jurisdiction, and that Kohler’s choice to hold indirect negotiations in Berlin is fundamentally unjust.

Kohler’s Strategy is Not Favorable

After he was appointed as the UNSG’s Personal Envoy for Western Sahara, “Kohler showed his willingness to end the conflict. King Mohammed VI received him in Rabat after his appointment, which proved that Morocco does not have any problems with the current Personal Envoy of the UN nor with the former ones.” Morocco, however, does not like the approaches adopted within the UN.”

Morocco decodes this strategy as a danger that would affect its sovereignty over the territory, as the country considers the only solution to solve the Western Sahara conflict to be the Moroccan Autonomy Plan.

Referring to Kohler’s strategy to involve the African Union and the European Union in the conflict, El Ajlaoui said that Morocco could never accept this strategy, as the North African country sees the United Nations as the only body with the legitimacy to pass judgment on the territory.

Kohler’s strategy was not looked upon favorably by El Ajlaoui, who explained this move as a mean to apply pressure on Morocco, rather than being a measure to find a solution to the conflict.

Ajlaoui told MWN that the idea of holding negotiations in the city of Berlin is not productive, and argued that “it is time for the UNSG’s Personal Envoy to make his tour” of the pertinent region itself.

Therefore, on February 14, Akhbar Al Yaoum reported that Morocco has sent an official invitation to Kohler, who will likely arrive in Morocco on Friday.

The Moroccan government, however, did not make any official statement on its official news agency about any such invitation to Kohler.

This idea has been “continuously repeated, but it is leading to a dead-end,” according to professor Chtatou. He argues the Polisario must be forced to negotiate with Morocco directly on the basis of the Autonomy Plan, which is “the one and only” viable means of ending the conflict in Western Sahara.

While the separatist front is eagerly seeking independence, Morocco considers its Autonomy Plan as the only solution to the conflict. Several European and African countries, lauded Morocco’s plan submitted to the UN in 2007, describing it as the serious and credible basis for a negotiated solution to the Sahara issue.

Subsequently, Morocco has long shown its willingness to negotiate a political settlement for the conflict, according to Chtatou.

The country “has never closed the door for earnest discussions or negotiations it is the Polisario that always refuses to talk, of course we all know who pulls the strings from behind the curtain and does not want a political solution,” referring to the main supporter of the Polisario Front, Algeria.

Slamming Polisario’s activities in the region, Chtatou said that the front “has nothing to offer but successive neighs,” whereas Morocco has succeeded in making notable progress in its Moroccan southern provinces that have come through its development investments in the region to the benefit of local peoples.

According to Chtatou, those in the Tindouf  Camps “want to come back to Morocco, but they are prevented from doing so and are thrown in jail.”

“It is clear that the Polisario has lost its credibility, and will soon lose Algeria’s support. [Algeria itself] is in bad [financial] shape and [appears to be] on the verge of bankruptcy, which might lead to an Algerian Spring. If this happens, the Polisario will be orphaned.”