Rabat - So far, so familiar: There is a genuine sense of daily jeopardy and humiliations in being a sub-Saharan migrant in Algeria, say reporters and international observers. 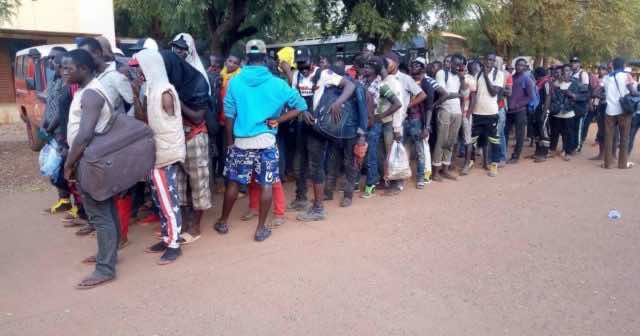 Rabat – So far, so familiar: There is a genuine sense of daily jeopardy and humiliations in being a sub-Saharan migrant in Algeria, say reporters and international observers.

Indiscriminately arrested in several cities around the country, migrants are said to be sent to squalid refugee camps before subsequently being sent to deserts in the country’s borders with Niger and Mali. In the first two weeks of February alone, Algeria reportedly deported over 500 sub-Saharans.

While Algerian and Niger signed an agreement that said that Algeria should not hesitate to deport Nigerien illegal migrants, recent deportations to Niger are said to have been done in the most indiscriminate of manners, with Guineans, Malians and other nationalities being deported to Niger. These massive expulsions of other nationalities towards Niger did not however sit well with Nigerien authorities, who have asked their Algerian counterparts to stop the practice. “We have held long discussions with Algerian authorities, and we told them to no longer send us migrants from Guinea, Mali, and other countries,” Nigerien minister of interior has been quoted by Le Monde as saying.

In the meantime, Algeria has shifted its deportations towards Mali, where sub-Saharan migrants, again regardless of their countries of origins, are currently being forcibly taken to. Between March 6 and 7 a group of 125 sub-Saharan migrants were forcibly deported to the Malian town of Gao, saysLe Monde.

The International Organization for Migration (IOM), for its part, has revealed that on March 15, the organization helped 369 migrants escape the horror of militias in the borders between Niger and Algeria. The migrants were essentially from Niger, Guinea and Mali, IOM said, adding that “they were angry, afraid, and traumatized.”

On March 13, sub-Saharan migrants (but mostly Malians) stoned Algeria’s embassy in Bamako, Mali’s capital city. Bassourou Coulibaly, a 27-year old Malian who was in the last group of forcibly deported sub-Saharans, told the press that although he did not participate in the stoning of the Algerian embassy in bamako, he understands the reasons that drove his fellow migrants to resort to such a desperate move.

“In our group, only three of us did not take part in the embassy incident,” Coulibaly said. He however explained that he too is angry with Algerian authorities. “I had a contract and was working as an electrician. But I was patrolled one day while going to work. I was denied the right to even take some of my belongings with me,” he said. “What else can you expect when you deny people their most basic rights?” Coulibaly asked, concluding that Malian and Algerian authorities should find ways of accommodating migrants because “when a group of angry and stigmatized youth decides to act and reclaim its dignity, it is very difficult to stop them.”