Rabat – French President Emmanuel Macron announced his intention to invest hundreds of millions of euros into promoting and exporting the French language worldwide.

This is in contrast to the opinion of the French Prime Minister Edouard Philippe, who recently told the nation’s youth that “to master English is to better control one’s future” via Twitter. In the same tweet, Philippe also suggested state funding to defray the costs of English proficiency exams for France’s students.

Nonetheless, Macron insists that English-language “domination is not inevitable” within the European Union and across the wider world. “It’s up to us to set some rules, to be present, and make French the language with which one has access to a number of opportunities.”

The Macron government’s emissary for Francophone affairs Leïla Slimani was circumspect in her support. The Franco-Moroccan novelist insisted that she “had listened to all voices, even the most critical [ones]” and reiterated her position that there is no “hierarchy” of French speakers or writers.

French is the sixth most spoken language in the world and the vast majority of French speakers reside outside of France. Today, official “Francophonie” is a constellation of over 50 countries – from Morocco to Mauritius – where French is a national or significant language. Population experts estimate that, by 2050, 80 percent of French speakers will live in Africa.

Macron sought to emphasize that France is a “country among others.” However, many people in France’s former colonies eye the Elysée leader’s new initiative with skepticism.

Franco-Congolese writer Alain Mabanckou mounted a robust response to Macron’s mandate, noting that the French language was not historically associated with liberty for people in post-colonial countries. Last month in an open letter, Mabanckou noted that French has been a way for France to maintain undue influence in African affairs.

“Unfortunately, la Francophonie is still seen as a continuation of France’s foreign policy in its former colonies.”

Macron raised eyebrows last year when visiting Burkina Faso, regaling a room full of students with his ambitious, if not quixotic, pronouncement that French could become the “number-one language in Africa, maybe even the world.”

Read Also: ‘Trump’s Statement on Jerusalem Is a Threat to Peace’: Emmanuel Macron

On the same trip, Macron claimed, “I am from a generation that doesn’t come to tell Africans what to do.” However, Mabanckou believes that the French president has not gone far enough in “provi[ng] to these young people that [he is] of another generation.”

The Renaudot Prize-winning author explained that reinvigorating Francophonie would entail more than simply maintaining the currency of the French language abroad, and must come hand in hand with efforts to change attitudes in and open up France itself. 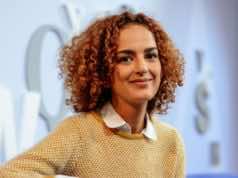 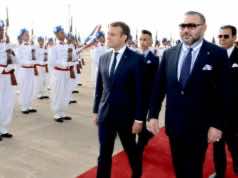