Rabat - In a speech before the European Parliament in Strasbourg this week, French President Emmanuel Macron warned of a “fascination with the illiberal.” 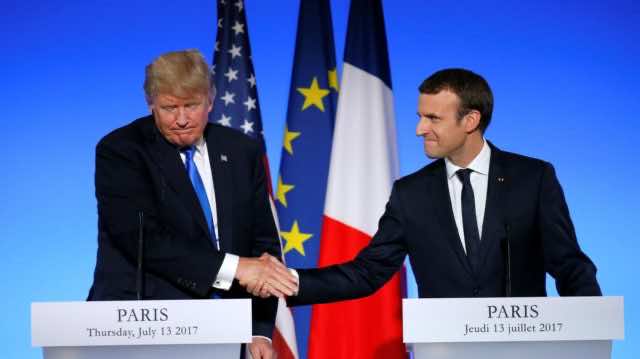 Rabat – In a speech before the European Parliament in Strasbourg this week, French President Emmanuel Macron warned of a “fascination with the illiberal.”

The French president posited that a new generation of citizens across the EU who did not experience World War II were quick to embrace nationalist leaders who promise order and decisiveness in an era characterized by uncertainty, mass migration, and economic dislocation.

In the European Union, Poland’s government has earned the wrath of EU leaders over its plans to weaken the independence of the judiciary and other civil society structures. A recent survey of 50,000 Poles indicated that one-third of respondents supported leaving the EU. There will be no Polexit; Poland is the largest net recipient of EU aid. Yet, the nation’s president vowed to show the “sick Europe of today the path back to health.”

In the United States, President Donald Trump’s mantra of “America First” represented, in part, a belief that multilateral institutions had usurped American power and that the United States was being taken advantage of because of this fact. “We have been disrespected, mocked, and ripped off for many years by people that were smarter, shrewder, tougher,” he said in 2016 during the presidential campaign. In showing his disdain for regional trading agreements, Trump tweeted his core belief on international trade: “Bilateral deals are far more efficient, profitable and better for OUR workers.” Several other national leaders would grudgingly share a similar view.

Trump’s determination to play hardball and to pursue one-on-one trade deals with major trading partner nations may be bearing fruit, though. South Korea recently announced that it would relax its automobile import rules thereby permitting a greater number of US automobile exports to the country. Last week Chinese President Xi Jinping announced that his country would lower tariffs on imported cars and allow easier access to foreign investors and foreign companies. But Beijing also announced new import tariffs this week on American sorghum, a livestock feed grain.

As China’s ambitions rise, so too does its ability to guide economic development initiatives across the globe. China’s massive “Belt and Road” initiative has invested several hundred billion dollars in transportation, infrastructure and energy across 71 nations in Asia, Africa and Europe. The project will integrate China’s economy more intimately with the global economy. It’s first priority, though, is that it is good for China and its people.

Trump and Xi Jinping both know that economic and national security priorities reinforce each other. Trump’s doctrine may be rooted in domestic politics (the forgotten blue-collar worker) but he considers nationalist policies as the ultimate guarantor of prosperity, not just for the US but for all other nations, too.

The recent tit-for-tat protectionist declarations from Beijing and Washington could very well lead to decreased international trade and a dampening of global GDP growth that would have consequences for the EU and beyond. Bad news for everyone, nativists and internationalists alike.

Read Also: Free Circulation of Goods and Persons, Fight Against Corruption—Africa’s Priorities in 2018

International Monetary Fund head Christine Lagarde offered a warning recently about the perils of protectionism and the erosion of global cooperation: “The multilateral trade system has transformed our world over the past generation. But that system of rules and shared responsibility is now in danger of being torn apart.” Legarde sees “darker clouds looming” from multiple threats, including American fiscal deficits, Germany’s omnipresent trade surplus, and Chinese trade policies that prioritize state-run enterprises.

Seventy years ago the United States created the Marshall Plan, a $13 billion plan to revive the war-ravaged economies of Europe. It was a farsighted investment that sought to create a stable market-oriented Europe that would no longer find any utility in large-scale internal armed conflicts. The cooperative multilateralism that informed and guided the Marshall Plan is today under siege from a nationalist fervor in Europe that Emmanuel Macron derided as a yellow brick road fantasy, reckless adventurism that was in vogue because it is different.

Even for those who advance a realpolitik doctrine, multilateralism and regional collaboration still have relevance toward nationalistic goals. Migration policy in Europe will be most effective when all 28 nations share some core principles concerning the hundreds of thousands of refugees and migrants currently inside the union.

Terrorism is another area where multilateral agencies have meaning when they are tasked with collaborating formally. The attacks in Paris in November 2015 and in Barcelona last year demonstrated not only the need for national police and intelligence agencies to talk to each other but also for local policymakers to know how the lines of communication work between neighboring countries.

As the United Kingdom is now discovering following its vote to leave the European Union, the price of going it alone is often higher than anticipated. Nearly two years after the referendum Brexit leaders in London are struggling to get a handle on the true costs of leaving the EU and what it means for the British economy. The so-called divorce bill is estimated to be nearly 50 billion euros. The latest public opinion survey of British citizens shows that 45 percent of respondents believe the decision to leave the EU was wrong. Forty-two percent believe it is the right decision.

George F. Kennan, perhaps America’s greatest diplomat of the 20th century, articulated what became known as the strategy of containment. If American diplomacy concentrated on genuine national security interests then the Soviet menace could be managed and contained. His admonition to policymakers and State Department leadership was consistent and based on an embrace of realism that would find support today from a diverse cross-section of world leaders who either champion nationalist policies or seek to establish a greater role in international and regional affairs for their home nation.

“The day is not far off when we are going to have to deal in straight power concepts. The less we are then hampered by idealistic slogans, the better,” Kennan wrote in 1948. Years later, though, he expressed disapproval over the Cold War arms buildup that grew from the zero-sum gamesmanship of the era.

The challenges facing the global community are both small and big. Protectionist trade policies have been around for a long time. They protect critical industries as well as the workers who seemingly embody a larger meaning to the nation. They also defend sacred domestic cultural icons, both real and imagined. The ad-hoc system of pick and choose multilateralism is perhaps an apt symbol for the state of the world in 2018.

En Marche, Belt and Road, and America First. There’s no place like home.