Rabat - Said Barodi, a Muslim American born in Morocco, has been hired, fired, re-hired, and then fired again by the FBI for “unprofessional conduct” and “lack of candor”–charge the former agent links to racism, deep-rooted Islamophobia, and the FBI’s lack of diversity. 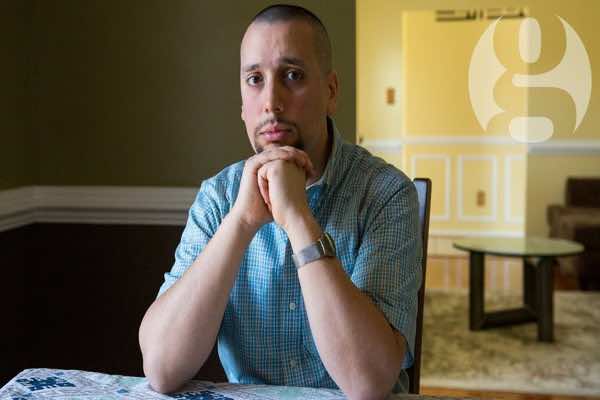 By
Tamba François Koundouno
-
May 4, 2018
Spread the love

Rabat – Said Barodi, a Muslim American born in Morocco, has been hired, fired, re-hired, and then fired again by the FBI for “unprofessional conduct” and “lack of candor”–charge the former agent links to racism, deep-rooted Islamophobia, and the FBI’s lack of diversity.

Throughout his near-decade with the bureau, Barodi confesses that appreciated his position because it allowed him to reciprocate the privileges and opportunities that American citizenship brought him. Looking back on his FBI career, particularly the events that led to his “unfounded dismissal,” he says that his religion and origin played the most significant role in the unequal treatment he endured.

Born in Morocco, Barodi moved to the US in January 2001, settling in Washington, D.C. He first worked various “odd jobs” to make ends meet. Post-9/11, Barodi began preparing to enlist in the US Army, but was discouraged by friends and relatives who warned him about potential Islamophobic discrimination and mistreatment that he could face as a Muslim.

He subsequently enrolled in a community college studying English, and set his sights on enrolling for a four-year university degree. He became a US citizen in 2006, and the later the same year, he began his studies at George Mason University, pursuing a degree in global affairs and specializing in the MENA region.

Barodi began working as a contractor for the FBI while still a student at George Mason. After fallen in love with his contracts with the Bureau, he applied for a full-time vacancy. His application was approved and he became an FBI analyst in 2009.

“They needed a linguist. So I applied,” Barodi later told ProPublica, explaining that his fluency in French and various Arabic dialects, as well as his religion and national origin helped in the process: the US intelligence community was in desperate need of “people from my background” (“Muslims,” he later clarified) to “infiltrate” terrorist circles or make sense of their messages, Barodi explained, before explaining that necessity did not mean Bureau became more welcoming or diverse as a result.

Barodi’s recalls that his first months—and even years—at the bureau were filled with good moments. His was happily absorbed by him, and he “never complained,” as some of his supervisors’ notes later acknowledged. He would mentor newly-hired analysts, and performed tasks that went beyond what the bureau expected of him, according to his superiors.

On some occasions, he now recalls, he even confronted and spoke out against other Muslim agents who thought they were being unfairly treated and discriminated against for their faith. Barodi’s works constantly received “excellent” rating from supervisors, with James Comey, the then FBI-Director, once personally thanking him for his “service to the FBI and the nation” via an email exchange.

Barodi’s troubles began in 2012 when he “learned of Islamophobic materials being used to train agents.” He filed a complaint that the bureau dismissed.

From that moment on, he explains, he started feeling alienated within the bureau, though that did not affect his “excellent” records and satisfying performances. “I was able to use my skills and knowledge to help my country, and I loved it,” he says.

However, following an incident with a plainclothes Department of Homeland Security Agent at the Charles De Gaulle Airport in Paris (Barodi refused to cooperate with the agent, whose questions he deemed intrusive and Islamophobic), he learned that the bureau intended to dismiss him from his post. He emailed James Comey about the vicissitudes of Muslim agents, saying: “We feel the FBI resents needing us, and we are not set up to succeed.”

In response, Comey emphasized the need for effectiveness and appropriate scrutiny. Minority agents shoudl draw the line between what is unduly offensive and the necessary scrutiny needed for people from some backgrounds with possible risky connections, he continued, referring to friends or relatives who might be threats to national security.

“Airports are choke points to harass and humiliate us,” Barodi now says.  “I’ve had it with my friends having to go through this, I’ve had it with my co-workers having to go through this,” he now laments, unable to comprehend how a trivial incident at a foreign airport with a plainclothes agent could lead to the professional downfall agent deemed excellent and acknowledged for his serious and thorough work as an analyst.

Barodi was later fired for the incident, because his refusal to fully cooperate with an agent’s questions was deemed “unprofessional.” He filed a rebuttal against the decision, as a matter of pure protocol, and was surprised to hear that the bureau’s review board ruled that his appeal was strong enough to overrule his initial dismissal from the FBI.

Barodi was ostensibly reinstated in the Bureau, with only a standard security check–which he had passed several times during his time with the FBI–between him and full employment. However, the week-long process was delayed and passed between various departments. Five months passed between the time that the bureau vacated his dismissal, and yet Barodi was not receiving transparent contact with the former agent. The Bureau left him “in the dark” about his career, effectively terminating his FBI tenure and creating further barriers to employment at other security sector positions..

“I can’t get my FBI job back, I can’t get any decent paying job anywhere, he explained.

Being a Muslim agent is “a cancer,” he later told the Guardian, explaining the bureaucratic complications and unfounded procedures that would subsequently lead to his second dismissal from the Bureau.

After months of unemployment and searching for an opportunity to provide for his family–he and his wife had their first child shortly before his dismissal–he finally found a job a as a security guard manager for a Department of Defense contractor.

No longer the America-enthusiast he was in his early FBI years, he says that his own plight is just one insignificant example among the many indignities and ordeal that “people who look like me” endure in the FBI, and by extension in the US.

“We are a target. We are either suspects or snitches; that’s our station in society. We’re not allowed to be patriotic or serve our country. All that stuff about family, and we’re a big family, blah, blah. No, I was not family. I was the enemy within.” 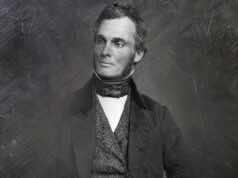