Rabat- After US and Guatemala, Paraguay has announced its decision to relocate its embassy to Jerusalem at the end of May. 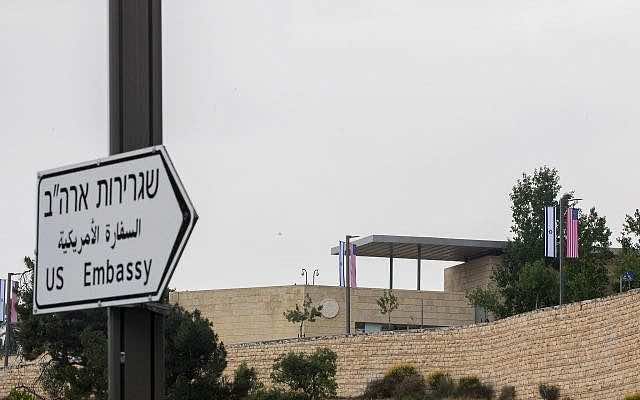 Rabat- After US and Guatemala, Paraguay has announced its decision to relocate its embassy to Jerusalem at the end of May.

Israel’s Foreign Affairs Ministry spokesperson, Emmanuel Nahshon, wrote on his Twitter on Monday that Paraguay will move its embassy to Jerusalem by the end of this month.

“Paraguay will open its embassy in Jerusalem until end of May ! President [Horacio] Cartes will open the embassy !”

Expressing joy for the decision, the official said this is a “Wonderful news as the international recognition of Jerusalem as Israel’s capital gathers momentum. Gracias Paraguay por su amistad.”

BREAKING!!- Paraguay will open its embassy in #Jerusalem until end of May ! President Cartes will open the embassy ! Wonderful news as the international recognition of #Jerusalem as #Israel’s capital gathers momentum. Gracias Paraguay por su amistad ?? ?? @IsraelMFA

On Monday, the US embassy installed signs in Jerusalem indicating the direction to the old US consulate building, which will house the new US embassy headquarters.

The US is planning to inaugurate its embassy on May 14.

The Trump administration’s decision to relocate its embassy to Jerusalem followed the US president’s announcement in December 2017 to recognize Jerusalem as the capital city of Israel and relocated the US embassy from Tel Aviv to the holy city.

Guatemala was the first country that vowed to follow in US’ steps and move its embassy to Jerusalem two weeks after Trump’s decision, announced on December 5, 2017.

Trump’s decision has sparked a backlash in the region and was widely condemned by Arab and Western countries alike.

Global leaders, including King Mohammed VI, denounced the US decision, considering it a significant threat to peace negotiations between Palestine and Israel.

Despite condemnation from Arab and Western nations, Trump is standing firm behind his decision. In February, the US President said in an interview  with the Israeli newspaper, Israel Hayom, that “by taking Jerusalem off the table I wanted to make it clear that Jerusalem is the capital of Israel and as for specific boundaries, I would support what both sides agree to.”

On December 21, the United Nations General Assembly adopted by an overwhelming majority a resolution that rejects President Trump’s decision to recognize Jerusalem as Israel capital and to move the US embassy to the holy city.