Morocco World News
Home Opinion Op-Eds After US Recognition of Jerusalem, Can the EU Become a True Peace-Broker...

Rabat - President Trump's decision to move US embassy from Tel Aviv  to Jerusalem has been condemned by the international community as unproductive, dangerous, unilateral and against international law. The US President does not seem to be concerned with any of these issues. On the contrary, such a decision is meant to boost his popularity at home especially among Christian and Jewish zionists and conservatives at a moment when the Russia investigation seems to be disturbingly closing in on some of his inner circles and closest aides. 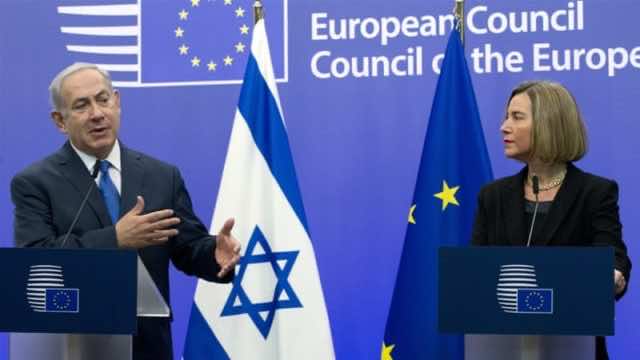 Rabat – President Trump’s decision to move US embassy from Tel Aviv  to Jerusalem has been condemned by the international community as unproductive, dangerous, unilateral and against international law. The US President does not seem to be concerned with any of these issues. On the contrary, such a decision is meant to boost his popularity at home especially among Christian and Jewish zionists and conservatives at a moment when the Russia investigation seems to be disturbingly closing in on some of his inner circles and closest aides.

Trump’s foreign policy doctrine is that the US has done enough to solve World problems; now, it’s time for it to focus on its own domestic problems. Therefore, the US will not refrain from walking away from its international obligations if it (supposedly) serves its own interests at home. Trump reneged on the Paris Convention to give oil companies free hand to drill in Alaska and other national parks; he sought to weaken the NATO alliance to (allegedly) push European partners to pay their “fair share” of the burden; and of course, he  walked away from the international consensus on the two-state solution for the Middle East conflict, in order to shore up his popularity and cater to domestic agenda interests.

President Trump barters leadership for US interests, whereas US foreign policy since Harry Truman has been revolving around a more or less successful equation between leading and defending US national interests abroad. If any, the US President sees US presence around the World as securing military contracts, protecting businesses and interests back home, and reshuffling US involvement in international agendas as costly and unproductive.

The US has never been more isolated from World affairs than it is now. With regard to the Middle East, President Trump’s decision to move the US embassy to Jerusalem, has made it clear that the US is ready to move from a more or less “honest peace broker” to a clear supporter of a Zionist agenda that is adamant about subverting the peace process (or what is left of it) by creating a reality on the ground that is impossible to deal with as part of a final settlement between the Israelis and the Palestinians.

President Trump’s decision is not only unilateralist but dangerously leaves a huge leadership vacuum with regard to the complex Middle East conflict. Extremist groups are already scurrying to fill up the vacuum, upping the rhetoric that the peace process was a sham scheme that serves the interests of the West, Israel and Arab autocracy at the expense of Palestinian historical rights to the land. Moderate voices in the region are forced either to shut up or to join the band wagon of rhetoric and rage.

It is therefore time for the European Union to move in and assume a more pronounced role with regard to the Middle East conflict. The EU can play the role of an honest peace broker: it has entertained good and constructive relations with both Palestinians and Israelis and has been a strong supporter of moderate regimes like Jordan’s. The 28 EU countries have spoken with one voice to Israeli Prime Minister in Brussels last week when they reiterated a clear position with regard to the Middle East conflict, namely the need for a negotiated two-state solution, with Jerusalem as capital for both states, the status of which to be decided by parties as part of a comprehensive peace settlement.

But the EU needs to do more than reiterate a sound and balanced position. It needs to work hard to resuscitate the peace process by convening a new peace conference and pressuring all parties to attend and be constructive. The conference should be well prepared with realistic and specific expectations and leverage mechanisms to coax the parties into making the right concessions.

Leadership should not be limited to facilitation but to real involvement in finding solutions to thorny questions such as the Palestinian right to return, the demarcation line between the two states, the status of Jerusalem and sharing water resources. The EU has the means, the clout, the political will to coax the parties into a new vision for peace.

A peaceful Middle East is of vital interest to Europe. In the absence of a US that is becoming more and more unilateralist, protectionist and isolated, the EU is the only actor with the right moral attitude to fill in the vacuum before “dark” forces from both sides move in to wreak havoc on an already war-torn region. Europe should join forces with moderate forces in the region as well as with actors like Russia, China and others to rekindle the flame of hope. The region needs it; Europe needs it, and both the Israelis and the Palestinians will thrive better if peace reigns and future generations from both sides live their life dreams without fear or violence.