Rabat- King Mohammed VI hailed the efforts of Royal Armed Forces (FAR) on its 62nd anniversary, in a congratulatory letter to FAR officers on Monday. 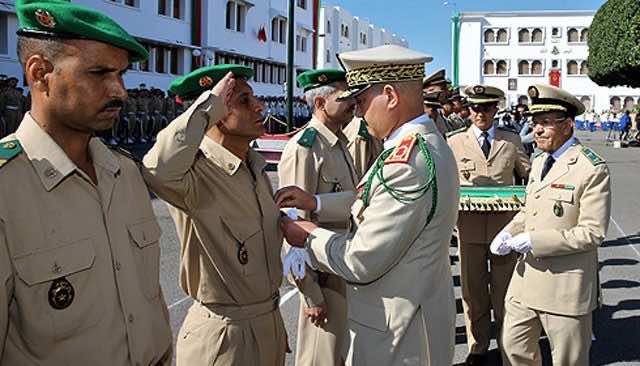 By
Ahlam Ben Saga
-
Ahlam Ben Saga is a Cultural Studies graduate from university Mohammed V of Literature and Humanities in Rabat.
May 14, 2018
Spread the love

Rabat- King Mohammed VI hailed the efforts of Royal Armed Forces (FAR) on its 62nd anniversary, in a congratulatory letter to FAR officers on Monday.

In his message, King Mohammed VI expressed his high regard for the efforts demonstrated by FAR through the year and applauded their dedication to their duties and good nationwide reputation, according to Maghreb Arab Press (MAP).

After expressing pride in FAR’s performances to achieve national security, the sovereign accentuated the significance of the occasion in the national history, recalling the achievements of King Mohammed V and King Hassan II, who first laid the foundation for the Moroccan army.

The King also pledged to equip FAR with all necessary technical services and human resources to further improve their capabilities, as well as to elaborate upon the quality of their trainings, which will be determined through future programs.

The King emphasized that FAR’s superior capabilities have also helped the kingdom to achieve continental esteem, illustrated by the interest of neighboring African countries in training with the Moroccan military institutions.

King Mohammed VI further praised the achievements of the Royal Moroccan Gendarmerie—specially equipped to ensure the security of roads, transportation, villages, and city surroundings—which has successfully provided medical services in regions with a harsh climate, like Tinghir and Chichaoua.

In the Rabat-Salé Officers Mess (Cercle Mess des Officiers), King Mohammed VI’s brother, Prince Moulay Rachid chaired the luncheon offered by the sovereign on Monday, during which a number of military members were awarded and decorated.

To celebrate the occasion, additional army celebrations were held and attended by the king’s close advisors and several other government officials.