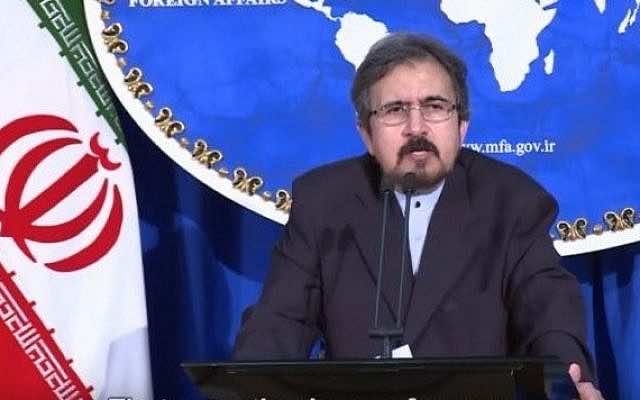 Quoted by Iranian news agencies ISNA and Mehr, the Iranian official said that “Either in their meeting with the foreign minister of our country in their interviews with different media outlets, the authorities of this country (Morocco) did not present any conclusive evidence to prove their claims.”

“The file was carefully prepared”

In a recent interview with Jeune Afrique, Morocco’s Minister of Foreign Affairs Nasser Bourita said that Morocco provided detailed evidence of the collusion to Tehran.

“The file was carefully prepared, for weeks, on the basis of information collected and cross-checked over several months,” said Bourita, adding that the document summarizes “proven and precise facts: dates of visits by senior officers of Hezbollah in Algeria, dates and venues of meetings with Polisario officials, and a list of names of agents involved in these contacts.”

He added that Morocco would not have bothered submitting a file to Iran, “if its [evidence] was not solid.”

Denying his country’s role in the tension, Ghasemi said that “after breaking ties with Iran due to a baseless reason, Moroccan officials now have a difficulty justifying their action before the public opinion both at home and abroad,” adding that this is why Moroccan officials “gave interviews and repeated the same old rhetoric against Iran.”

However, Morocco has been firm in its decision. Bourita also provided specific names who traveled to Algeria’s Tindouf camps, where separatists are housed. Morocco’s decision to cut ties with Iran has received unwavering support from European, African, and Gulf countries.

A decision made under pressure?

Ghasemi also said that Morocco’s stance was made “under pressure.”

“We hope Morocco’s recent move to sever its relations with Iran was not done as part of new regional alignments and under the pressure of certain governments that are standing against the Islamic Republic of Iran today,” Ghasemi said, referring to Saudi Arabia and its allies.

Morocco, however, has already responded to these claims.

A few days after announcing its decision, Morocco’s Ministry of Foreign Affairs issued a statement denying that its decision to cut ties with Iran was taken in response to foreign pressure.

“Following the rupture by the Kingdom of Morocco of its diplomatic relations with the Islamic Republic of Iran, some circles, in need of arguments, claimed that the Kingdom would have taken this decision under pressure from some countries,” said the statement.

According to the Ministry of Foreign Affairs, Morocco has historically proven that it takes its positions independent of all regional and international crises. Furthermore, all  stances “correspond to its principles and respond to its own assessment.”