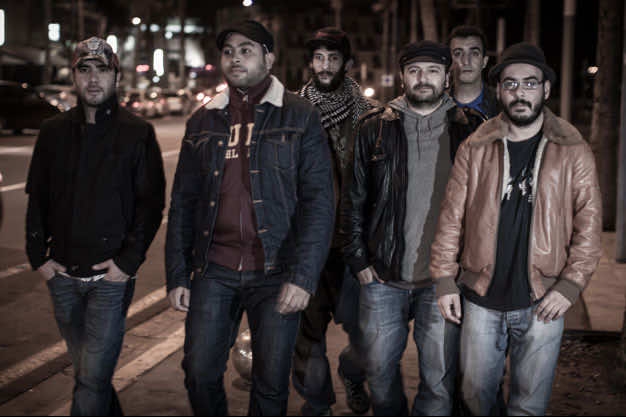 Rabat – Hoba Hoba Spirit will lighten the mood this weekend with their rock vibes. Hosted by l’Institut Français of Casablanca, the band will hold concerts Friday and Saturday, performing songs from their last album “Kamayanbaghi”.

Evenings in Ramadan tend to run a little later than usual and are generally quite dull. Even though people promise themselves that they will go to bed early in order to wake up on time and head to either their job, school, or university, they unfortunately never do.

They lie half asleep in front of the television, too lazy to get up and head to bed, and loathing every minute spent watching some lame late-night program. At 2 AM, they realize that they stayed up too late and spent a dreary evening.

Those living in Casablanca are in luck today, because Hoba Hoba Spirit’s concert is the place to be this weekend. Nothing is better than some music jams to help digestion after some very tasty “harira sessions,” as Hoba Hoba Spirit called them on social media.

The band hasalways been a staple in Moroccan rock and funk music, not only nationally, but on an international level as well. Twenty years ago, they made their debut and quickly became a notable group in the Hayha/Nayda music movement.

Known for their fun rhythms, fast tempo, and rock beats, twenty years later their fan base is still growing. Their eighth and latest album, “Kamayanbaghi,” was released in January. Its 13 tracks quickly found a home in their fans’ playlists, along with other popular songs by the band such as “Fhmator” or “Black Mossiba.”

Stages in New York City, Atlanta, Seattle, Brussels, Paris, Ségou, Carthage, and in other cities across the globe, have all welcomed Hoba Hoba Spirit and their energetic rock tunes. This weekend Casablanca can enjoy them, too, at l’Institut Français, at 10:30 PM May 18 and 19.

Acclaimed by Paste Magazine as “what The Clash might have sounded like if they had grown up in Morocco listening to Gnawa tribal music instead of growing up in London listening to reggae,” Hoba Hoba Spirit never ceases to amaze with each new song.

At Hoba Hoba Spirit concerts, people are always guaranteed a great time, and their music is able to put anyone and everyone in a good mood.