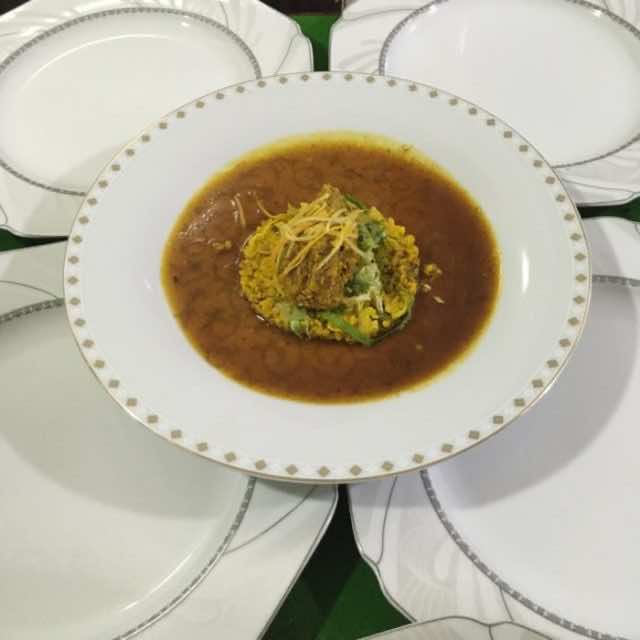 When Oussama Skali, the director of the Fez Festival of Culinary Diplomacy, entered the event’s kitchen, he was greeted by Chef Najat Kaanache, arranging and rearranging her kitchen utensils like army battalions on a strategy board.

“I’m going to change your life,” she reported brightly, a twinkle in her eye. “Just kidding.”

Yet, underlying the three-day Festival of Culinary Diplomacy, there was a palpable sense of the transformative power of food. The weekend, April 19-22, created a space where the officials and politicians left the real diplomacy to the kitchen.

Each evening saw a new, fresh, six-course menu, fusing Moroccan and foreign flavors. The first night, April 19, offered a dinner of Tunisian and Moroccan-Jewish cuisine; April 20, a pairing of Mexican and Moroccan Arab-Andalusian food; and, finally, on Saturday, April 20, a final mixture of French and Amazigh culinary traditions.

Working elbow to elbow, the chefs sliced, garnished, plated, and encouraged one another and the culinary students from the School of Hospitality and Tourism in Fez. Speaking in a mixture of Arabic, English, French, and Spanish, the chefs, cooks, and service staff collaborated to pull off an ambitious – and delicious – array of dishes.

The word “champion,” a favorite of chef Kaanache’s, became an unofficial rallying cry in the kitchen, and could be heard in different languages, from different voices, behind the scenes during the festival.

“Champions, I know you are tired, but Muhammad Ali was also tired,” cajoled Kaanache to reinvigorate the flagging energy of the assembled kitchen crew for the final dinner.

The ultimate test of a man’s conscience may be his willingness to sacrifice something today for future generations whose words of thanks will not be heard. Gaylord Nelson #champion #womenpower #food #lyon #mystorywithmichelin @christian_tetedoie ???the best ??Champion @nur_restaurant we love you ???? @dado_lopez_perez eres el mejor ?

The French word “chaud” achieved a similar universality, as cooks alerted each other and service staff as they wove and dodged with their steaming plates of food.

Skali was effusive in his excitement for the festival: “We can speak of a ‘politics’ or of a ‘diplomacy of taste’ which gives to each meal, be it simple or sophisticated [and] imbued with this know-how, a capacity to enchant us and to recall our gratitude for nature and life!”

“In a context where the excesses and the nuisances of an industrialized and productivist agriculture are widely established, we take the full measure of the lessons of a gastronomy related to local cultures, including in their traditional and historical aspects.”

After the final dinner on April 20, the chefs and cooks entered the dining hall to resounding applause from the guests. 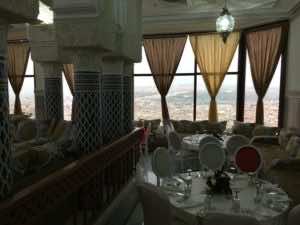 As the guests ate, Kaanache took the microphone and, with an audience both captive and captivated, shared her perspective that Moroccan women were the evening’s unsung heroes.

Standing beside Têtedoie and Rebolledo, she announced, “There’s a chef in every house.”

For Kaanache, a celebration of Moroccan cuisine is, necessarily, also a celebration of the nation’s women, both in their contributions to the country’s cuisine and in their ability to bring people together through food.

“The future of Morocco is in women’s hands,” Kaanache concluded.

The event concluded peacefully, as guests filed out of the Mérinides dining room and the chefs returned to the kitchen to oversee the cleaning up process.

Some of the highest praise for the festival came from Michael Møller, the Director-General of the United Nations Office at Geneva, who welcomed the event in a televised announcement ahead of the festival. “At the United Nations, we work tirelessly to ensure there are more opportunities for people to hear one another,” adding “that which we share around the table is as spiritual as it is culinary, and thereby solidifies the foundations of lasting peace and respect between individuals.” 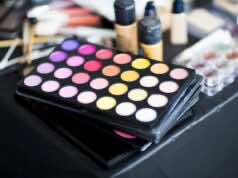