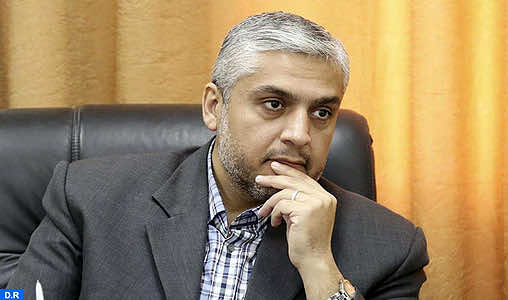 Morocco’s support for Palestine after the May 14 Gaza massacre proves that the Palestinian cause is priority of Moroccans, the King, and the government a, Palestinian official told MAP.

“We welcomed with great satisfaction and gratitude the news of humanitarian aid announced by King Mohammed VI,” he said, noting that the sovereign, in his capacity as chairman of the Al-Quds Committee, “has always been on the side of the Palestinian people.”

For him, the “noble” Moroccan initiative will help meet the medical needs in the Gaza Strip, given the large number of wounded and sick people requiring surgical interventions and regular medical monitoring. The official spoke with MAP shortly before the opening of the field hospital from the Moroccan Royal Armed Forces (FAR) in the Gaza Strip.

Moreover, Maârouf expressed his hope for other Arab countries to follow Morocco’s example of and provide other support to the Palestinian people.

The Moroccan humanitarian operation includes the deployment of a FAR field hospital and the distribution of a batch of medicines, blankets, and foodstuffs.

The field hospital will care for the wounded and civilian casualties of recent events in the Gaza Strip.

The humanitarian aid included 113 tons of foodstuffs (56.5 tons for the Gaza Strip and 56.5 tons for Ramallah and Al-Quds, Jerusalem) to consume during the holy month of Ramadan. The aid also includes 5,000 blankets.

On May 30, King Mohammed VI personally supervised the humanitarian aid transport at the Casablanca airport.

The operation is a symbol of the historical and humanitarian solidarity of King Mohammed VI towards Palestinians.