Rabat - FIFA has presented very positive figures on the use of the video assistant referee (VAR) at the second referee media briefing of the 2018 World Cup. 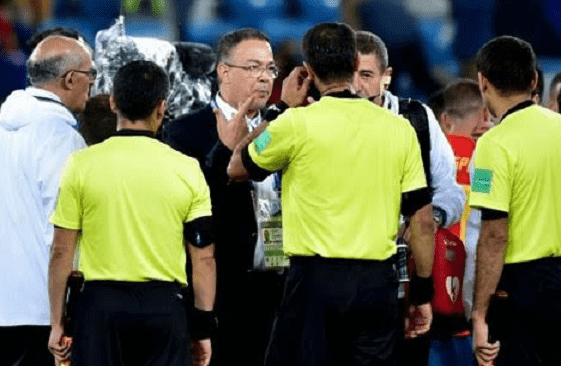 By
Tarek Bazza
-
Tarek Bazza is a journalist at Morocco World News with Master’s degree in Translation from King Fahd School of Translation in Tangier.
Jul 2, 2018
Spread the love

Rabat – FIFA has presented very positive figures on the use of the video assistant referee (VAR) at the second referee media briefing of the 2018 World Cup.

Collina said that the decisions taken by the referees without the VAR were 95% correct in 335 analyzed incidents and were 99.3% correct with the use of VAR. They asserted this percentage is “very, very close” to perfection.

According to FIFA’s figures, VAR analyzed 335 incidents, including all goals, an average of 6.9 incidents analyzed per match.

There were 17 official video assistance appeals to change a decision, leading to 14 changed decisions and 3 confirmed decisions, after examining VAR.

When asked how these figures were calculated, since video refereeing does not eliminate the subjectivity of refereeing interpretation, Collina replied, “We are here to analyze the work of the referees. These figures reflect our opinion which is relevant because it is our job. We think that 0.7% of decisions could have been taken a little better. “

Rosetti stressed that VAR does not decide cases, it only “recommends an on-field review.” The referee is the only one who can make decisions. “This is the difference between interpretation, subjective decisions and factual decisions. For all interpretations, we want the referee at the center of the decision-making.”

FIFA provided the following statistics on the group stage games:

A prior media briefing on refereeing at the 2018 FIFA World Cup in Russia was held at Moscow’s Luzhniki Stadium on June 12. The media pressed FIFA officials on the readiness of the referees, assistant referees, and VAR.