Rabat- Commenting on the sentences given to the Hirak Rif activists during a Parliament session, Head of Government Saad Eddine El Othmani has said that he could never rejoice at the imprisonment of a Moroccan citizen. 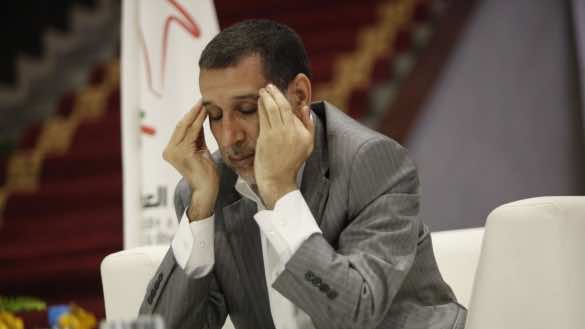 By
Ahlam Ben Saga
-
Ahlam Ben Saga is a Cultural Studies graduate from university Mohammed V of Literature and Humanities in Rabat.
Jul 4, 2018
Spread the love

Rabat- Commenting on the sentences given to the Hirak Rif activists during a Parliament session, Head of Government Saad Eddine El Othmani has said that he could never rejoice at the imprisonment of a Moroccan citizen.

El Othmani recalled his own arrest and imprisonment in Derb Moulay Cherif prison in Casablanca during Morocco’s “Years of Lead” or “Years of Embers” between the 1960s and 1980s. El Ohmani said he relates to the suffering of prisoners.

El Othmani said that at the time he was handcuffed and blindfolded for long periods of time while in jail: “The circumstances were insufferable and unimaginable.”

The Years of Lead are considered the worst years in the history of post-independence Morocco. In those decades, the right of expression was suppressed, dissidents and democracy activists were arrested and jailed, and some disappeared.

El Othmani regretted that his government cannot intervene in the Hirak Rif case, because the “judicial power” is an independent authority.

On Tuesday, June 26, Casablanca’s Court of Appeals sentenced Hirak leaders Nasser Zefzafi and Nabil Ahemjik, as well as activists Ouassim El Boustati and Samir Ghid, to 20 years in prison; other activists were sentenced to 1 to 15 years.

The court’s decision resulted in nationwide controversy and protests calling for the release of the individuals.

Demonstrations took place on June 27 in the capital of the Rif region, Nador; near the Parliament in Rabat; and on Boulevard El Oumame Al Moutahida in Casablanca. Meknes saw a protest on Friday, June 29.

The activists had been arrested for their involvement in Hirak Rif protests, which reverberated across the Al Hoceima region in 2016 and 2017.