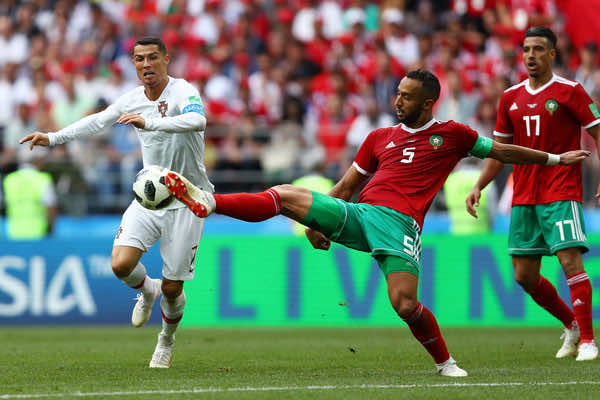 After having a medical visit with Juventus, Ronaldo held a press conference where he was asked about his reunion with Morocco’s national team captain Mehdi Benatia.

The two pair have already played against each other in the Champion’s League and the World Cup. Talking about his “frenemy,” the five-time Ballon d’Or winner had nice things to say, responding with a smile.

“He has given me a lot of knockings! [Laughs] But he’s a great player and a great defender. We clashed a bit during the World Cup, but it’s the game. It will be very nice to play with him, he’s a very good player,” said the Portuguese superstar.

Will Benatia and Ronaldo play alongside each other? According to Tuttosport, the Italian club is proposing a brand new contract to the 31-year-old Atlas Lion.

However, courted by Borussia Dortmund, Arsenal, Olympique Marseille, and Olympique Lyon, the French-Moroccan football player has not decided on his future yet.