Rabat - The director general of the National Office of Railways (ONCF), Mohamed Rabie Khlie, has announced that ONCF transported 38 million passengers and 30 million tons of goods in 2017. 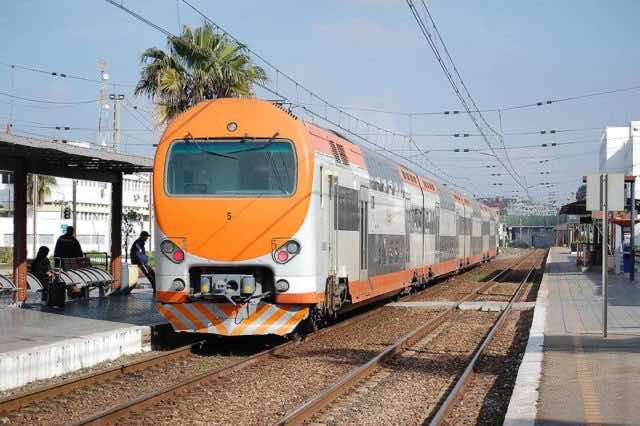 By
Tarek Bazza
-
Tarek Bazza is a journalist at Morocco World News with Master’s degree in Translation from King Fahd School of Translation in Tangier.
Jul 24, 2018
Spread the love

Rabat – The director general of the National Office of Railways (ONCF), Mohamed Rabie Khlie, has announced that ONCF transported 38 million passengers and 30 million tons of goods in 2017.

“The office has continued to play its role of reference carrier and prominent economic actor, as is reflected by some telling indicators: 38 million passengers carried, 30 million tons of goods transported,” Khlie said in a statement published by ONCF.

“MAD 6.3 billion of investments were made and a significant gain for the community estimated at MAD 2.5 billion thanks to the use of the railway,” he claimed.

The ONCF statement followed a meeting of ONCF board members Friday, which was chaired by the minister of Equipment, Transport, Logistics, and Water, Abdelkader Amara.

The director general presented the financial and management aggregates of the ONCF: “A turnover of MAD 3.7, an operating profit of MAD 237 million, an added value of MAD 2.5 billion, and a cash flow of MAD 739 million, with an improvement of 10% compared to the previous year.”

“Many benefits will be soon felt by the customers including an increase in the number of trains, capacity building of the lines, service improvement, departure timing, reducing journey times,” Khlie said.

For his part, Amara noted that Morocco is pursuing the dynamic development of its transport infrastructure, “in accordance with the policy of major projects led by King Mohammed VI.”

ONCF was created in 1963 and placed under the supervision of the Ministry of Equipment and Transport.