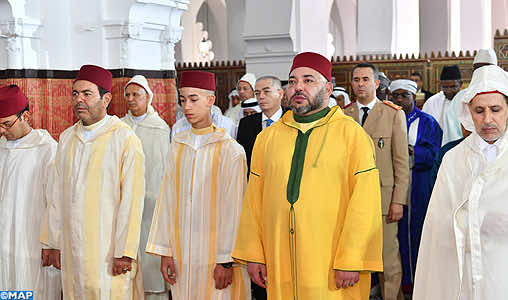 The Ministry of the Royal Household, Protocol, and Chancellery announced the news today.

Eid al-Adha falls in Dhu al-Hijjah, a sacred month in the Islamic calendar in which the Hajj pilgrimage takes place.

Eid al-Adha, which is the second of two Islamic holidays celebrated by Muslims worldwide, commemorates the day that the prophet Abraham prepared to sacrifice his son, but God intervened by providing a ram as a sacrifice.

In the morning of Eid al-Adha, thousands of Muslim men across the globe dress up in white traditional clothes, especially djellabas. Men then head to mosques to perform the Eid prayers.

After the prayers, the family gathers to experience the joy of Eid as the father or the oldest brother slaughters a sheep or goat. Sometimes families also sacrifice a cow or even a camel.

Part of the meat is donated to needy and poor people.