El Othmani said, “This person is irresponsible, he has no position in the state, nor in the government, nor in Parliament.” Noureddine Ayouch serves in Morocco’s Supreme Council of Higher Education.

In recent weeks, parents in Morocco have condemned the use of some words in Darija  in school books for primary education.

Ayouch generated a round of criticism for his strong defense of the use of Darija in Moroccan education.

After receiving criticism from citizens and scholars for his beliefs, Ayouch called his critics “dogs.”

“The dogs may bark, but the caravan moves on,” he said.

In response to his controversial remarks, El Othmani said that Ayouch is not a member of Parliament and has no authority. “Yet he dares to say that dogs bark and the caravan goes by!”

According to the head of government, what Ayouch meant by his remarks is “that Morocco will add Darija in school despite criticism.”  However, the government will not allow that, according to El Othmani.

“It is us who should say the caravan goes by … please complete the statement, because I don’t want to finish it,” he said.

El Othmani also thanked citizens for their strong stance against the use of Darija in education. He continued their stance supported the position of the government.

For the prime minister, “the caravan of reform will work. The caravan of defense of the foundations will continue to the end. Only this caravan will work, but with the support of everyone.”

The official,  who is also secretary-general of the Justice and Development Party (PJD), made his remarks during the PJD’s national council.

Is Darija in school needed?

El Othmani made his position clear on the use of Darija in school books. In the first week of school, the official said that Darija cannot be used in education, emphasizing that “the official languages recognized by the Constitution are Arabic and Tamazight.”

In Saturday’s party meeting, El Othmani echoed his statement, saying that “those who call for the use of Darija in school books defend an anti-constitutional principle that is outside the strategy put in place by the Higher Council of Education and Training and outside the draft framework law that awaits its discussion in Parliament.”

He reassured citizens that the government “will not allow the introduction of Darija in textbooks, today or in the future.”

While El Othmani responded to Ayouch, Moroccan researcher and academic Khalid Jama criticized both the head of government and Ayouch for their disrespectful dialogue.

The political analyst and journalist told Moroccan news outlet Ach Kayen,  “If those people cannot respect themselves and use this language, how are they expecting citizens to respect them and respect their decisions?”

He added that  “no Moroccan patriot can respect those people, because they don’t deserve it.”

Morocco World News could not immediately reach the academic for comment.

As children across the country began the school year on September 5, citizens fiercely complained to the government and the Ministry of Education for including Darija.

Ayouch fueled the backlash for defending Darija in school

While El Othmani responded that the government might give up on the controversial school books, Ayouch fueled the backlash with his defense of the dialect’s use.

Some citizens also launched a petition on Avaaz.org, calling on the government  to remove Ayouch from the education council.

According to the signatories, the petition aims to suspend Ayouch’s plans “to destroy the principles and moral values and execute the Arabic language.”

In his recent interviews with local news outlets, Ayouch said that Darija existed before classical Arabic and that Darija could curb the education crisis in the country.

He also said that classical Arabic is not “sacred.” 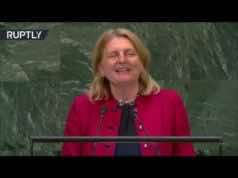