Rabat - The minister of energy  has shared that Morocco mined 35.11 million tons of minerals and precious metals in 2017, earning MAD 56.5 billion in revenue. 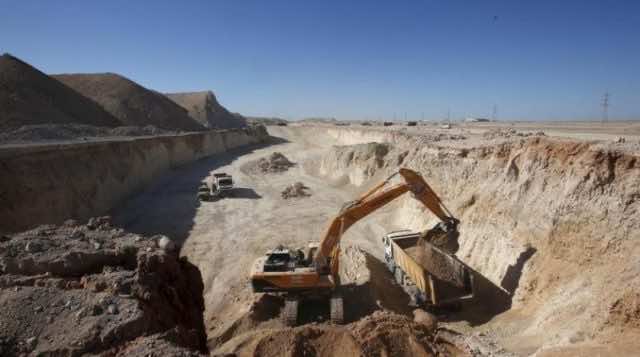 By
Tarek Bazza
-
Tarek Bazza is a journalist at Morocco World News with Master’s degree in Translation from King Fahd School of Translation in Tangier.
Sep 29, 2018
Spread the love

Rabat – The minister of energy  has shared that Morocco mined 35.11 million tons of minerals and precious metals in 2017, earning MAD 56.5 billion in revenue.

Mining production, 90 percent of which is phosphates, made up 10 percent of GDP and 20 percent ??of Morocco’s exports. Morocco also mines gold, silver, copper, zinc, and cobalt.

Minister of Energy, Mines, and Sustainable Development Aziz Rebbah shared the figures Thursday, September 27, at a panel. Rebbah was speaking at the panel on “Mineral Resource Exploitation in Africa” in Ouagadougou, Burkina Faso.

According to the minister, the mining sector created 41,000 direct job positions in 2017.

In its latest industry trend analysis, the BMI research group ranked Morocco’s mining sector as the second most attractive market in the MENA region, after Saudi Arabia, with an overall Mining Risk Reward Index (RRI) score of 56.3 out of 100.

The main actors in the mining sector in Morocco are the Ministry of Energy, Mines and Sustainable Development, public institutions, and the Federation of Mineral Industry (FDIM).

Morocco, Rebbah said, has a national strategy for developing the mining sector of phosphates and non-phosphates.

The strategic vision of the phosphate sector, which aims to strengthen Morocco’s leadership position, has received MAD 200 billion from the government, Rebbah added.

According to a 2017 report by BMI, Morocco accounted for 73.5 percent of the world’s 68 billion tons of total phosphate reserves.

Morocco has over 50 billion tons in proven phosphate reserves.

In the non-phosphate mining sector, Rebbah stated that Morocco has ambitious goals for 2025 to develop the sector.

The objective is to triple the sector’s turnover, multiply investment tenfold in exploration and mining research, and double job positions.

The panel in Ouagadougou was organized as part of the third week of mining activities of West Africa (SAMAO). Its objective is to provide business opportunities to public and private sector actors to attract investors for mining and sustainable development. 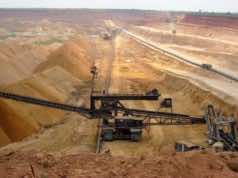