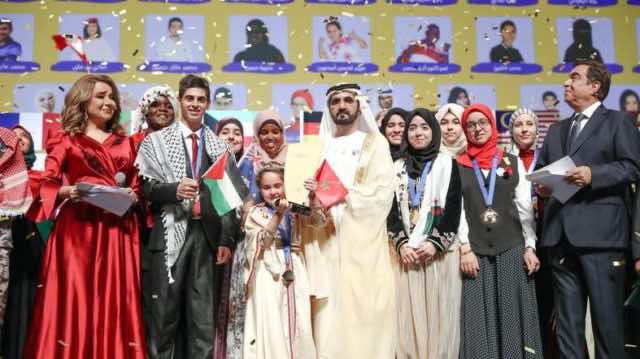 In a one-minute video, Amjoun talked about receiving the King’s phone call.

She said that King Mohammed VI asked her about her “experience in the competition and the challenges” she faces in prestigious reading competitions.

“He also congratulated me,” said the young bookworm.

The Moroccan public and celebrities took to their social media to congratulate Amjoun on her achievement.

After her outstanding win, Amjoun addressed a message to Arab children, advising them to read “because reading is the lighthouse of civilization.”

“If I want to describe my country in two words, I would say ‘a piece of heaven,’” Amjoun said confidently.

Amjoun won the competition for her ability to read. She participated in the challenge with only 60 books.

Amjoun won nearly MAD 1.3 million in prize money, which she will use for her university education and for her family for encouraging her to read, Gulf news reported.

The award ceremony took place on October 30 at the Dubai Opera House.