Following the failure of numerous resolutions and plans suggested by various United Nations bodies to resolve the four-decade-long dispute over the Western Sahara, Morocco’s Autonomy Plan has received support from most international players, as well as from the UN’s Security Council, as set forth in its resolutions. 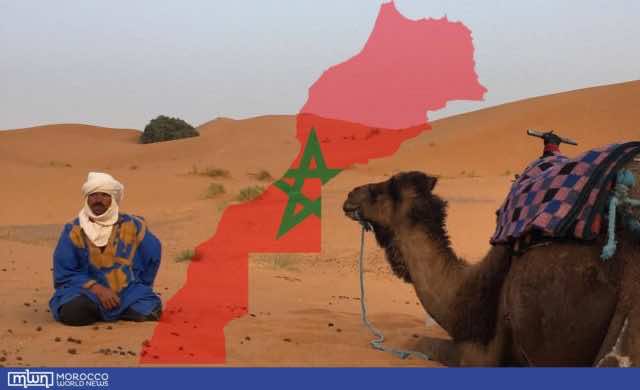 Rabat – A number of countries have expressed outright support for the Moroccan Autonomy Plan as the basis for a consensual solution to the Western Sahara dispute.

These countries, which include the US and several European and Arab powers, deem Morocco’s National Autonomy Plan the most promising political solution to resolve the Sahara conflict between Morocco and the Polisario Front.

Morocco’s Autonomy Plan is the most recent initiative, suggested by Morocco in April 2007. In a letter to Kofi Annan, the seventh Secretary-General of the United Nations, King Mohammed VI confirmed Morocco’s commitment to a consensual solution to terminate the dispute over the Sahara.

In the same letter, the King informed the UN Secretary General that Morocco was preparing to submit an autonomy project within the framework of the territorial integrity and the national unity of the country.

The plan was suggested in 2007, after James Baker, the UN Personal Envoy to Western Sahara from 1997 to 2004, had failed to reach consensual means to reconcile the positions of Morocco and the Polisario Front separatist group.

Baker’s first and second plans escalated the dispute between Morocco and Polisario. Baker’s first plan, proposed in 2001, supported the territory’s autonomy under Moroccan sovereignty. Called Baker I, it was strongly endorsed by Morocco, while the Polisario and its supporters, mainly Algeria, rejected the plan.

In 2003, Baker offered a substitute plan, Baker Plan II, proposing that the Western Sahara should be autonomous under the sovereignty of Morocco for a five-year period, followed by a referendum of all residents of the territory. Morocco rejected Baker’s second plan in 2004, stating that it would never accept a referendum in its territory.

In 2006, King Mohammed VI re-established the Royal Advisory Council for Saharan Affairs (CORCAS) after the Autonomy Plan was devised as a preferred alternative to the Baker plans.

CORCAS then visited a number of countries to explain Morocco’s objectives. A number of international countries welcomed Morocco’s plan, characterizing it as the best possible resolution of the four-decade-long conflict.

The project, entitled “The Moroccan Initiative for Negotiating an Autonomy for Statute for the Sahara Region,” is the fruit of a dialogue with the local populations and political parties which was handed over to the former UN Secretary General Ban Ki-moon on April 11, 2007.

Here are the main facts about Morocco’s Autonomy Plan:

A Head of Government for Sahara

This initiative, which is a basis for negotiation, gives sizable autonomy to the inhabitants of Western Sahara under the sovereignty of Morocco: it reconciles the kingdom’s territorial integrity with the people’s need to manage their own affairs.

The solution consists of an “extended autonomy” that satisfies the aspirations of the Saharawi populations, because it insists on respecting the cultural identity of these populations while respecting the territorial unity of Morocco.

According to this project, the Moroccan state will retain the attributes of sovereignty, “including the national flag, the national anthem and the currency,” in addition to the national security, the external defense, external relations the religious prerogatives of the King, and the Kingdom’s judicial system.

The autonomous region will have a Head of Government as well as a Parliament that will vote on laws at the local level in accordance with the constitution of the country.

Moreover, the autonomous region will be given the prerogative to run its affairs democratically, through legislative, executive, and judicial bodies enjoying exclusive powers. “They will have the financial resources needed for the region’s development in all fields, and will take an active part in the nation’s economic, social and cultural life.”

It Will Be Approved by a Referendum

Under the proposal, the region’s autonomy statute will be the subject of negotiations which will be submitted to the populations concerned for a referendum in accordance with “the principle of self-determination and the provisions of the United Nations Charter.”

Subsequently, a national referendum will be organized, which will strengthen the constitutional nature of the first referendum. Well after the organization of this double referendum, a transitional council composed of Moroccan officials and Polisario front members will assist with the “repatriation, disarmament, demobilization and reintegration of armed elements who are outside the territory.” In this way, the Autonomy will be installed.

Algeria Will Be Strongly Involved

The United Nations Security Council called on Morocco and the Polisario Front to engage in “negotiations without preconditions, in order to reach a just, lasting, and mutually acceptable solution that would ensure the self-determination of the people of Western Sahara.”

Former UN Secretary General Ban Ki-moon said that “the neighboring countries, Algeria and Mauritania, should be invited to these negotiations and be consulted separately on issues that directly affect them […].”

Peter Van Walsum, the former UN Secretary-General’s personal envoy for Western Sahara from  2005 to 2008, said on April 23, 2007, “It would be completely dishonest for me not to say that [the Algerians] have not played an important and preeminent role in the conflict since 1975.”

In an unprecedented speech delivered on the occasion of the 39th anniversary of the Green March, King Mohammed VI said that Algeria is responsible for hindering the process of finding a mutual and ever-lasting solution to the Sahara conflict.

“Unless Algeria – the main party in this conflict – is held accountable, there will be no solution. Moreover, without a responsible approach to the tense security situation in the region, there will be no stability,” said the King.  In March 2018, UN Secretary-General Antonio Guterres called on Algeria to actively participate and engage in the UN-led political process to find an agreed upon solution to the conflict. In his March report, Guterres said: “I would like to reiterate the Security Council’s call on neighboring States, Algeria and Mauritania, to make important contributions to the political process and to increase their engagement in the negotiating process,” he said.

Following the report, King Mohammed VI wrote a new statement to Guterres, calling on Algeria to fully shoulder its responsibility in searching for a solution to the regional conflict.

“It is Algeria that hosts, arms, backs up, and brings diplomatic support for the Polisario,” said the King.

On October 3, 2018,  Guterres called on all parties to show commitment to the UN-led political process. He also called on the parties to accept his personal envoy’s invitations for roundtable talks in Geneva without preconditions and in good faith.

The UN Secretary-General’s personal envoy, Horst Kohler, invited all parties to take part in the roundtable talks in Geneva on December 5-6. Algeria accepted the invitation, but it is still denying its role in the conflict. Morocco’s eastern neighbor says that the conflict should be solved only between Morocco and Polisario.

However, the latest UN resolution (2440) called on Algeria to “work constructively” with Kohler to ensure the success of the political process.

The right to self-determination is one of the most important, yet contentious, principles of international law. Its implementation has always been more controversial than its content.

Self-determination gained further acceptance as reflected by its incorporation into the United Nations Charter. Specifically, the first article of the charter provides that one of the purposes of the United Nations is “to develop friendly relations among nations based on respect for the principle of equal rights and self-determinations of peoples.”

However, the principle does not state how the decision is to be made, nor what the outcome should be, whether it would be independence, federation, protection, some form of autonomy, or full assimilation.

There are conflicting definitions and legal criteria for determining which groups may legitimately claim the right to self-determination.

By extension, the term self-determination has come to mean the right of a people to determine its own destiny. In particular, the principle allows a people to choose its own political status and to determine its own form of economic, cultural, and social development. The exercise of this right can result in a variety of different outcomes ranging from political independence through to full integration within a state.

It includes any other form of political organization freely given by the community in question, such as autonomy, federalism, or integration. Thus, qualifying a priori community of “people” prejudices its future status.

The notion of “people” itself does not have unanimity, either in terms of international law, or within the scientific community. In this perspective, self-determination can be defined as the right of a given human group to choose freely its political status, not just independence.

As stated in an interview with El Pais published on February 22, 2007, Chakib Benmoussa, the former Interior Minister of Morocco and current ambassador in France, made it clear saying that “self-determination has never been synonymous with independent statehood.”

“Autonomy is a form of self-determination in the event of political agreement between the parties, with the endorsement of the UN Security Council, and prior consultation of the concerned population, as has been in this case,” said Benmoussa.

The result is an instrumentalization of the concept of self-determination by the Polisario and some foreign powers, which reduce it to that of independence.