The education ministry gave condolences to the family of Zouhair Alwakili, 13, killed in a car accident, but did not confirm if he had been protesting GMT+1. 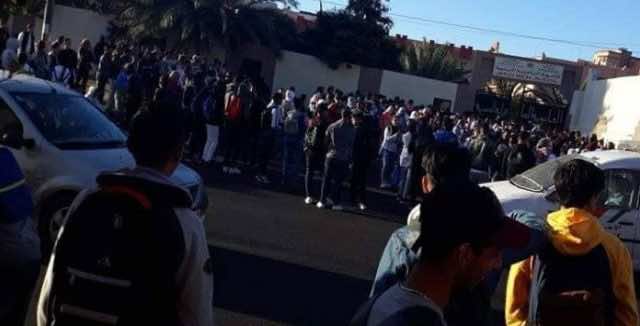 Rabat- Middle schooler Zouhair Alwakili, 13 years old, was hit by a car in the city of Meknes, near Fez, on Friday morning and died in the Mohamed V Hospital, according to the Ministry of Education.

The ministry’s press release did not mention whether Alwakili had been participating in the protests condemning the new standard time (GMT+1) and calling on the government to move back to the previous standard time, GMT.

Photos of the accident show the student, covered with the country’s national flag, lying unmoving in the street.

The ministry expressed its condolences to Alwakili’s family and school. Police have opened an investigation into the accident. 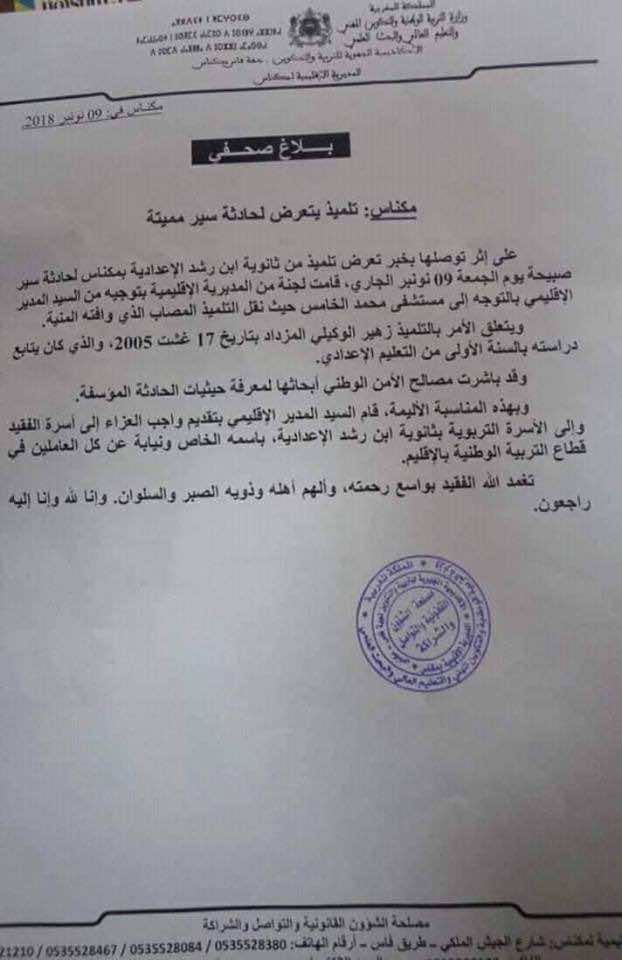 Throughout the week, hundreds of students in Marrakech, Fez, Meknes, Sale, Casablanca, Beni Mellal, Khenifra, Errachidia, and the town of Kelaat Sraghna in central Morocco, boycotted school and organized sit-ins and marches to denounce the clock decision and to call on the Ministry of Education to keep schools’ traditional time-table.

Beginning Monday, November 12, students will follow the new-time table that the government set on November 1. Schools will go back to the traditional time-table in the spring.

Morocco was set to end Daylight Saving Time (GMT+1) and return to standard time on Sunday, October 28. The government’s surprise October 26 move to stay on DST, asserting that it would “benefit” the public and save energy, caused widespread condemnation. Many criticized officials for not “taking public opinion into consideration.” 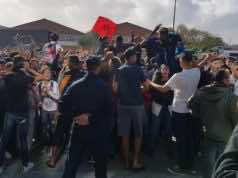