King Mohammed VI appointed Driss Guerraoui as president of the Competition Council indicated a press release from the royal palace. 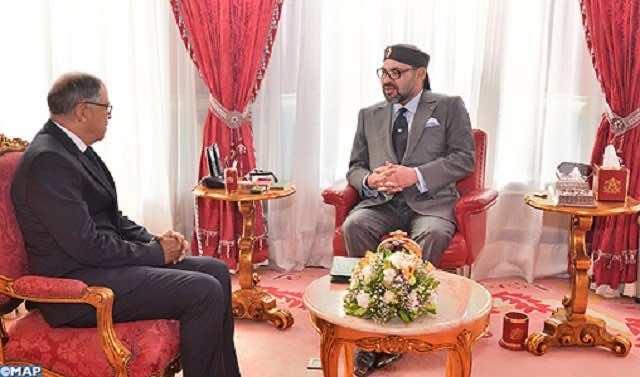 Rabat – The King met the newly appointed official earlier today to discuss the prerogatives of his new function as well as the council’s importance in overseeing and regulating free market practices in Morocco.

According to the press statement, the King seized the opportunity to explain to the newly appointed official the need to uphold “neutrality and transparency in all its activities and strengthen the competitiveness of the country’s economy.”

The Competition Council is tasked with supervising the implementation of good governance guidelines and ensuring the responsiveness of government institutions.

Highlighting the importance of the council’s mission in his vision for an accountable and modernized Moroccan public service, the King instructed to particularly uphold “neutrality, transparency, and independence” in its assessment of the country’s institutions.

The appointment of a new president of the Competition Council is bound to be warmly received in Moroccan business circles, especially as the body is seen in the business sector as an important organ to oversee the respect of free market rules by regulating competition among different market actors.

Prior to his appointment as president of the council, Guerraoui was secretary general of the economic, social, and environmental council (CESE). The body conducts studies on Morocco’s socio economic developments and makes recommendations to the parliament or the royal palace.

According to the royal press release, the Competition Council’s role, as defined by both the constitution and the royal decree, is to ensure “transparency and equity in economic relationships.”

The council will “particularly” conduct analysis to regulate regulation of market competition and checking anti-competition practices as well as any operation that increases economic concentration and monopoly.”

Together with Guerraoui, the King also appointed Mohamed Abouelaziz as secretary general of the Competition Council.

Morocco has been engaged in securing a place as a hub of investments and doing business. Having launched plans to modernize its performance in all economic sectors, the country is now wishing to upgrade its good-governance and competitiveness records.

While primarily aimed at regulating the national market, the new appointment is set to showcase Morocco to attract investors’ interest.

The head of government, Saadeddine El Othmani, also appointed twelve other officials to complete the team that will be charged with implementing the competition council’s action plan, the press release noted.

Morocco to Partner with EU to Harmonize Economy, Competition Law