Spain has arrested a Moroccan man for his alleged ties with a terrorist group in Sagunto, in Valencia province in eastern Spain. 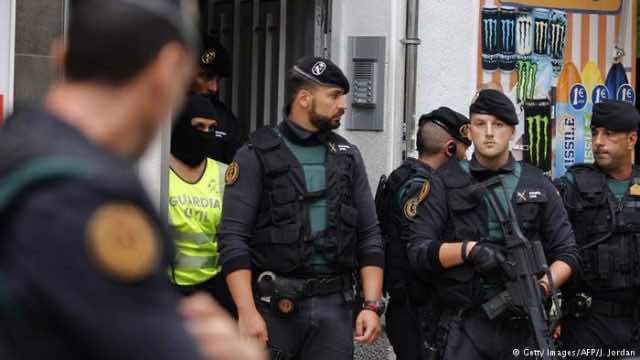 Rabat – Police in Spain arrested a 46-year old suspect on Monday for allegedly belonging to a terrorist group, the Spanish Ministry of Interior has said.

A statement from the ministry said that the Moroccan man is suspected of indoctrination and defending terrorism using the internet.

The preliminary investigation found that the suspect had contacts with a member of the terrorist organization called “Jabhat Al Nosra.” The organization is affiliated to Al Qaeda. The suspect, according to the statement, has shown his interest in traveling to Syria to participate in the fighting.

The ministry added that the suspect resorted to drug trafficking to finance his travel towards the conflict zone.

The statement continued that the 46-year old underwent a radicalization process that made him adapt radical habits and behaviors, such as watching videos of terrorist propaganda praising violent acts in conflict zones.

The operation is part of the efforts made by the Spanish government to combat terrorism. Morocco cooperates heavily with Spain to strengthen security in controlling migrant flows and counter-terrorism.

Both countries share and exchange intelligence to fight terrorism-related acts.

The alarming rapidity of radicalization caused European countries and several countries from other continents to work with Morocco to combat extremism.

Morocco’s international security cooperation is well recognized. In a recent report, the US Department of State said that Morocco has a “comprehensive counterterrorism strategy that includes vigilant security measures, regional and international cooperation.”