It is no surprise that footballer Hakim Ziyech and Taekwondo artist Fatima Zahra Abou Fares’ came out on top of SNRT journalists’ picks for top athletes this year.

Forty Moroccan journalists in the National Broadcasting and Television Company’s (SNRT) sports section voted for their favorite Moroccan athletes of 2018 and released the results on Sunday.

Ziyech delivered an outstanding performance in 2018. He received many awards, including the “Dutch Footballer of the Year” and “Golden Lion of 2018.”

Hakimi was the first Moroccan to ever win the Champions League title. He delivered a solid performance in the World Cup with the Moroccan national football team.

In the women’s section, Abou Fares, who offered Morocco its first gold medal at the 2018 Youth Olympic Games in Buenos Aires, collected 103 points. 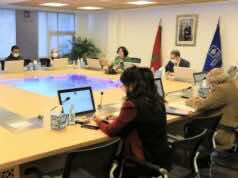