The Spanish Ministry of Labour, Migration, and Social Security, has announced that over 19,000 seasonal workers from Morocco will harvest strawberries and other berries this season in the Huelva province.

The majority of the seasonal workers, 11,000, went to Huelva to harvest in previous seasons and fulfilled their commitment to return home to Morocco afterward. The recruitment process will take place January 17 to 19.

Many previous Moroccan seasonal farmers in Spain did not return to Morocco after the expiration of their contracts and are either living illegally in Spain or have become regularized.

Read Also: 2,500 Moroccan Seasonal Workers in Spain Do Not Want to Return

Last year, Spain agreed to hire over 10,000 Moroccan agricultural workers to pick berries for the April to June harvest season. In May, some Moroccan seasonal workers filed complaints against their employers for sexual assault.

After a Moroccan-Spanish delegation visited the farms, the Moroccan Ministry of Employment maintained that “no specific case of abuse or violation against Moroccan workers was found.”

In June last year, Moroccan and Spanish women rallied in Huelva in a march of solidarity with the seasonal workers, denouncing the alleged sexual assaults.

The Moroccan minister of employment, Mohamed Yatim, said on October 2 that Moroccan-Spanish cooperation on seasonal employment has “positive results.” 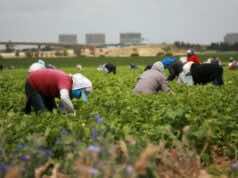