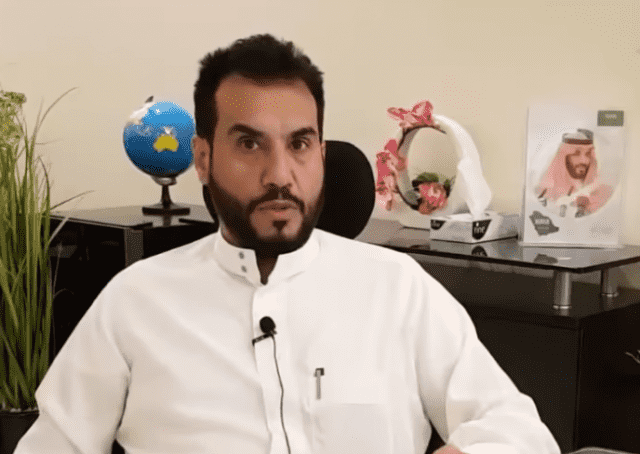 The Saudi public figure told I24News in January that there are not many Palestinians in Saudi Arabia and Saudis refuse to deal with them. He said Saudis would prefer to work with Israelis instead.

El Ghabin added that his country wants peace and stability, but some “Palestinian parties don’t want peace, like Hamas.”

He said that in his opinion, after 20 years, “there will be overall peace” between Arab countries and Israel.

He argued that all Arab countries have been “ruined” because of the Palestinian cause, including Iraq and Syria, Libya, and even Lebanon.

“Should we make 500,000,000 Arabs homeless for 7 million Palestinians who reject all solutions?” he questioned.

He also asked Palestinians to stop insulting Saudi leaders. “If you do not stop, you will not find even one Arab child to sympathize with you.”

After the controversial remarks, El Ghabin appeared in another interview with RT Online to repeat his pro-Israeli statements.

“I am ready to visit Israel now as a friendly country,” he said.

“I am telling Israelis to prepare hotels and expand their airports from now on. All the people who oppose them are the first to visit Israel, and in the near future you will not find a hotel [room] or airplane [ticket] … because they will all be booked.”