Morocco must complete a sale of its 30 percent stake in Maroc Telecom by the end of the year to maintain a 3.3 percent deficit to GDP ratio. 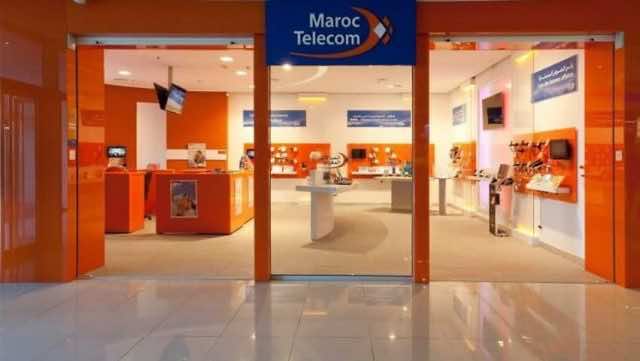 By
Tarek Bazza
-
Tarek Bazza is a journalist at Morocco World News with Master’s degree in Translation from King Fahd School of Translation in Tangier.
Feb 4, 2019
Spread the love

Rabat – In order for Morocco to reduce its budget deficit this year, the government plans to privatize its stake in public companies. Although the government adopted several tax reforms for 2019, they will not generate enough revenue to maintain Morocco’s current deficit to GDP ratio.

In its recent report about Morocco’s economy, Fitch Solutions, a unit of Fitch Group, forecast an increase in public wage spending and noted that the government allocated more money to social sectors, primarily education and health, in the 2019 Finance Bill.

Spending is expected to grow this year, mainly on public wages and capital projects. However, the report also anticipates rapid growth in revenue which will “rely on the successful privatisation of state assets.”

To achieve its revenue targets, the government needs to make at least MAD 5 billion in the sale of its 30 percent stake in Maroc Telecom, Morocco’s largest telecommunications operator.

In an interview with Morocco World News, Fitch Country Risk Analyst Axel Dalman said that the revenue target “can likely be met by a partial sale of Maroc Telecom given its high valuation and the government’s large stake.”

The sale, according to Dalman, needs to go through before the end of this year “to avoid ballooning fiscal deficit.”

“In the absence of the expected privatisation proceeds, and without proportional spending restraint, we would see … the fiscal deficit rise to 3.9% of GDP in 2019,” reads Fitch Solutions’s report.

The move will also give “a good signal to foreign investors about the government’s fiscal reform willingness,” Dalman said.

The 2019 Finance Bill, according to Dalman, “is realistic in the sense that it envisions a very gradually declining fiscal deficit.”

Privatizations, he continued, “are often counted as below-the-line items and not as ordinary inflows (such as taxes), so the pressure on the government to pull its asset sales off is rather high.”

The government believes it will generate MAD 2 billion in 2019-2020 from a 2.5 percent corporate income tax on companies with annual profits exceeding MAD 40 million. It also hopes to take in an estimated MAD 1.2 billion in 2019 from taxes on tobacco consumption.

When asked about other companies Morocco might privatize, Dalman replied: “We don’t expect any other privatisations will be necessary in 2019” since a Maroc Telecom sale would meet the government’s revenue target.

However, the government will likely consider privatizing other companies in 2020.

Morocco’s ONCF and ONDA may be next

Dalman mentioned the intention of former Moroccan economy minister Mohamed Boussaid to restructure some state-owned companies, such as the National Airports Office (ONDA) and the National Railway Office (ONCF).

“That seems to be less prioritised by the current minister Benchaaboun in the short term, but is likely part of a longer-term fiscal strategy,” the financial analyst said.

The sale of ONDA and ONCF, explained Dalman, “will probably be longer and more complicated” since the government would want to ensure they do not cause “lower investment levels into public transport infrastructure or higher ticket prices for domestic consumers.”

In October last year, the Moroccan Minister of Economy Mohamed Benchaaboun declared that Morocco would privatize some public companies to help reduce the budget deficit to 3.3 percent of GDP in 2019.

Privatizing, according to Benchaaboun, would improve the governance of public companies and increase state resources.

Government Spokesperson Mustapha El Khalfi announced in November 2018 that the government approved Draft Law 39-89 permitting the privatization of public institutions and had decided to sell La Mamounia Hotel in Marrakech.

Morocco planned to sell its 51-percent stake in the hotel this year, according to Bloomberg. La Mamounia’s value is expected to be more than MAD 3 billion.